Unions demand nurse pay rise without delay ahead of budget

Unions are calling for a substantial pay rise for nurses as reports suggest the chancellor will not address health worker salaries in his budget next week.

The Royal College of Nursing warned that “warm words” from the chancellor were not enough after a year in which NHS staff have been on the Covid-19 frontline.

“An experienced nurse, who might have worked 10 or 20 years in the NHS deserves more than a few extra pounds a week after this brutal year”

The college said a low-level rise for NHS workers would fail to recognise their hard work and resilience and could lead to an exodus of nurses once Covid-19 is under control.

It added that the chancellor should use Wednesday’s budget to give the NHS in England enough money to boost nursing pay by 12.5% in line with its Fair Pay for Nursing campaign.

Meanwhile, the UK’s largest union Unison is calling for a £2,000-a-year flat rate increase for every NHS employee, in order to benefit the lowest paid most.

However, the i newspaper reported senior Treasury sources saying that Rishi Sunak will make no decision on health worker pay in his budget.

Instead, he will wait until after the NHS Pay Review Body’s conclusions were received, the paper reported.

The chancellor exempted NHS workers from the wider public sector pay freeze during his spending review in November last year.

However, before Christmas, health and social care secretary Matt Hancock revealed that there would be a delay to the 2021-22 pay deal because the coronavirus pandemic had disrupted the budget-setting calendar.

The NHS Pay Review Body is now unlikely to submit its recommendations until May 2021, meaning nurses could be waiting until the summer for a decision.

The current three-year Agenda for Change pay deal is due to come to an end at the end of March 2021.

Unions have been pressing for staff’s efforts to be recognised in the budget instead of being made to wait until the summer.

Pay for all NHS staff has fallen by about 7% since 2010 according to the Nuffield Trust.

This week the NHS in Scotland announced that Agenda for Change staff would get a 1% interim pay increase, which will be backdated to 1 December 2020, to make up for the delays to the 2021-22 settlement.

Dame Donna Kinnair, RCN chief executive and general secretary, said the chancellor had a crucial choice to make at the budget.

“He can demonstrate that he is listening to NHS staff by identifying the multi-billion-pound sum needed for a significant pay award. Or he can offer more warm words,” she added.

“An experienced nurse, who might have worked 10 or 20 years in the NHS deserves more than a few extra pounds a week after this brutal year,” Dame Donna added.

Contrary to claims from the prime minister a nurse of this experience was worse off than 10 years ago, she said.

“Nursing staff are exhausted and morale is on the floor – too many are telling me they fear an exodus of their colleagues once the pandemic pressure truly abates,” she added.

Unison head of health Sara Gorton said: “Health workers have been battling the pandemic for a year.

“That’s a year of incredibly long hours, heightened anxiety around the safety of family and friends, and fears about catching the virus.” 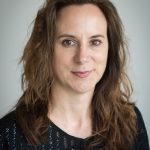 She added: “On Wednesday the chancellor can and should give something back to them on behalf of the nation.

“Rishi Sunak must do the right thing and back up words of praise with concrete actions by funding a pay rise of at least £2,000 for all NHS staff.”

The government refused to comment on whether the budget would address health worker pay, but indicated that it was waiting for recommendations from the NHS Pay Review Body.

A Department of Health and Social Care spokesperson said: “Our dedicated NHS staff have worked tirelessly every day of this Covid-19 pandemic, and they will rightly be exempt from the temporary pause on pay rises for public sector workers.”

They added: “Over one million NHS staff are currently benefitting from multi-year pay deals, agreed with trade unions, which has delivered a pay rise of over 12% for newly qualified nurses.

“We continue to listen to our valued staff and trade unions to ensure everyone is rewarded fairly and, when we receive them, we will consider the recommendations of the independent NHS Pay Review Body.”

Is it wise to enter alternative-to-discipline programs for substance use disorders?