Tributes flood in for ‘exemplary’ school nurse after shock death

A school nurse who died unexpectedly this month at the age of 44 has been remembered as a tireless advocate for children and young people whose passion for her speciality was “infectious”.

Friends and colleagues have paid tribute to Caroline Lowton, who worked across nine schools in the South Ribble area of Lancashire, and was a wife and a mother to two young girls.

She died in hospital in Preston last Tuesday after falling ill with a blood clot.

Her shock death has been described as a tragic loss to the school nursing community and to all who knew her.

Qualifying as a children’s nurse 22 years ago, Ms Lowton worked in paediatrics at Blackburn hospitals in various areas, including surgical, medical and neonatal intensive care, before later completing her specialist public health nursing qualification to become a school nurse.

At the time of her death, she was working for Virgin Care as part of the Lancashire Healthy Young People and Families Service central locality. Throughout her career she had also worked at a children’s hospice and at a school for children with additional needs.

Two of her closet friends and fellow public health nurses – Kerry Riley and Lindsay Bevan – have paid tribute to Ms Lowton, who had celebrated her 44th birthday on 3 July.

Ms Riley first met Ms Lowton 10 years when she started as a staff nurse on a school nursing team. The pair worked together for a year before Ms Lowton encouraged Ms Riley to train as a school nurse herself.

Ms Riley is now a health visitor and a public health matron in Bolton. “She nurtured me and mentored me  into the nurse I am now,” she told Nursing Times.

They remained close ever since and alongside Ms Bevan formed a strong friendship, with the trio all having their children at a similar time.

“Caroline was the type of person that once you met her you were her friend, you never got away from her,” added Ms Riley.

“She was always so thoughtful. She always remembered everybody’s birthdays. I recently got a new job and she sent me a card in the post [to say] congratulations.

“I’m just going to be so lost without her. She was always smiling. She was so lovely, and it showed in her work.”

Ms Lowton helped to train student school nurses in her role as a community practice teacher and had also lectured at the University of Central Lancashire.

She was “widely regarded by all the students” she had taught, noted Ms Riley, adding: “Her passion was infectious.”

Asked what motivated Ms Lowton, Ms Riley said: “She wanted to make sure that every child had that best start life. She protected them.

“She was really passionate as a child advocate in any safeguarding demeanour. She would fight any inequalities for children to make sure they all had the same life chances.

“She was really compassionate, really caring. She would go out of her way to go and see the child at the school, so that they felt that they had someone to talk to and someone would listen to them.”

“She was just one of those people who was really, really proactive in making us all better practitioners”

This drive to give children a platform to be heard led Ms Lowton into a project to help set up the ChatHealth service in Lancashire to give pupils a way to reach out to their school nurse remotely.

During the coronavirus lockdown, Ms Lowton pushed the use of this service to ensure children were still being supported, said Ms Riley.

Within days of her death, cards were arriving from children and families to express their devastation at her loss, which Ms Riley said “speaks volumes” about the impact Ms Lowton had in her work.

Meanwhile, Ms Bevan said Ms Lowton had made an impression on her from the moment they met 14 years ago when she was starting her career as a newly qualified health visitor.

“She was just in the office that day. As you do, you get introduced to everybody and you get everybody’s names and people look up and say Hi, and Caroline just came bounding over, massive smile of her face, ‘welcome to the team, let me get you a cup of tea, do you need anything’,” explained Ms Bevan. “We forged a friendship from that first day.”

They had continued to work together from then at the Lancashire Healthy Young People and Families Service, with Ms Bevan more recently being promoted to clinical practice lead.

School nursing was “more than just a job” for Ms Lowton, and “nothing was too much trouble for her”, Ms Bevan told Nursing Times.

“Obviously it’s sad for me to lose my friend but just in terms of the profession really, she was just so dedicated to whatever she did,” she added.

Although she worked part-time, Ms Lowton would always be available on phone or email on her days off and would often spend her spare time reading new research or other publications relevant to her role.

“She shone brightly as a compassionate and passionate school nurse”

The breadth of knowledge she had about the specialty meant Ms Lowton was usually Ms Bevan’s first port of call when she had any queries related to best practice in school nursing.

“She was just one of those people who was really, really proactive in making us all better practitioners,” she added.

Ms Lowton also used social media actively to raise the profile of school nursing, noted Ms Bevan, adding: “The school nurse role has changed a lot over the years and she was very protective of that and making sure that people knew that this was a real specialist role.”

Reflecting on the lessons Ms Lowton had taught her, Ms Bevan said: “Her enthusiasm and her positivity I think I will definitely take forward.

“Her hard work, her dedication, and just seeing how enthusiastic she was about our role and about children and young people, is definitely something that you would take away from knowing Caroline.”

Ms Bevan is now seeking to have an award established in her friend’s name to recognise those who go above and beyond to deliver high quality services for children and young people. 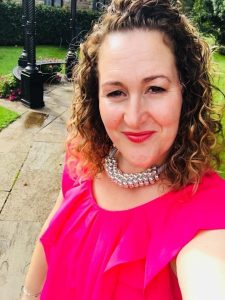 SAPHNA chief executive Sharon White told Nursing Times: “Although I didn’t know Caroline personally, I was aware of her and we often communicated via e-mails and social media.

“She was a dedicated practitioner who was very proud and committed to being the very best she could be so that, in turn, she could deliver the highest quality evidenced based care to children, young people and families and also to the many [specialist community public health nursing school nurse] students who she was community practice teacher for.

“She shone brightly as a compassionate and passionate school nurse and all at SAPHNA will miss her contribution to our amazing workforce.”

Meanwhile, Tracey Mckenzie, service manager at the Lancashire Healthy Young People and Families Service central locality, said Ms Lowton was an “exemplary school nurse and extremely passionate about working with young people and always went above a beyond”.

The managing director of Virgin Care’s Lancashire services, Michelle Lee, said that while she had only known Ms Lowton since she transferred to Virgin Care in April 2019, she had made a “strong impression” on her.

“Caroline was passionate about school nursing and supporting young people, which was reflected in the care and compassion she showed to the children and families who had the pleasure of working with her,” Ms Lee added.

“During her 22 years of service with the NHS, Caroline really made such a positive difference to the people she cared for and supported.”

Learn About Group B Strep

EU nurse qualifications to be recognised in UK after Brexit | News