Nurse campaigners and union leaders have lined up to strongly criticise the idea of a public sector pay freeze as a means of paying off billions of pounds spent by the government on its coronavirus response.

Documents leaked to the Daily Telegraph have outlined options that the Treasury may be considering to cover the costs of the estimated £300bn bill for measures being used to alleviate the impact of Covid-19.

“We talk a lot about compassionate care in the NHS for our patients, we never talk about it when it comes to staff”

Mechanisms outlined in the leaked documents include increasing income tax and ending the triple lock on state pension increases, as well as a two-year pay freeze for public sector workers.

Union leaders have come out strongly against a wage freeze, saying that it risks causing “outrage” among nurses and the public, who had instead been expecting a pay rise, and could have a lasting negative impact on the workforce.

The NHS was already facing a nurse shortage of over 40,000 before the pandemic hit and in order to fortify trusts against the coronavirus peak, thousands of recently retired nurses were temporarily put back on the register.

Anthony Johnson, health visitor and lead organiser at the recently-formed group Nurses United, told Nursing Times that nursing staff deserved a pay rise for their role in tackling the pandemic and putting themselves at risk.

“We all know that pay affects staffing and what we’ve seen is who the important people are, who we needed to have in place with this epidemic.

“If people are giving their lives to [the response] and they’ve been put through all this, we need to have more than claps,” he said.

“We need to have people show that they value us, and paying us what we actually deserve would keep us with enough nurses in place.”

“NHS staff have sacrificed everything to tackle this pandemic, including their lives”

Fairer pay will also encourage nurses educated in the UK to stay instead of leaving to go to countries such as Australia and Canada where salaries are higher, Mr Johnson said.

“We talk a lot about compassionate care in the NHS for our patients, we never talk about it when it comes to staff,” he added.

Prior to the reports on the leak, Mark Boothroyd, an accident and emergency nurse and member of Nurses United, organised a protest outside Downing Street earlier this week on International Nurses’ Day to demand pay increases.

He said: “NHS staff have sacrificed everything to tackle this pandemic, including their lives. This government plans to make us pay for the cost of coronavirus is a disgrace.”

Mr Boothroyd said the government should be looking to tax large corporations who he said used tax heavens, to pay for its coronavirus bill, instead of “taking from those who have already given everything”.

Responding to the leaked papers, Dame Donna Kinnair, chief executive and general secretary of the Royal College of Nursing, said: “This proposal is the exact opposite of what’s expected and deserved and, if pursued, will outrage nursing professionals and public alike.

“We will make sure no government forgets the professionalism demonstrated by all nursing staff during this pandemic and before it.”

Assistant general secretary at Unite, Gail Cartmail, said a pay freeze was at odds with what the public would want.

A survey conducted by the union last week found that 71% of the general public wanted increased taxes on the wealthy, rather than a return to austerity.

She added: “We remain in the midst of the pandemic and the government must rule out this dangerously demoralising proposal immediately so that nurses, paramedics, refuse collectors and the millions of other public sector workers are reassured that they will be fairly treated when this crisis ends.”

Unison general secretary, Dave Prentis, said that any consideration of a pay freeze was “appalling”.

“Public service workers deserve proper recognition for [their] efforts and the government should work with unions and employers to agree a handsome pay rise,” he said 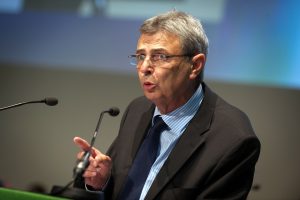 “Anything less would be a slap in the face to all of those we applaud each week,” he added.

According to the leaked documents, the best-case financial scenario estimates tthat he UK will have a £337bn budget deficit this year – much higher than the £55bn forecast in the most recent budget in March.

The document, dated 5 May, found that a two-year freeze on public sector pay would generate savings of £6.5bn by 2023-24, while ending the pension triple lock would create savings of £8bn a year.

A spokesperson for the Treasury said: “As the chancellor has said: “It’s too early to speculate on these things […] but what we do know is that we’re facing a time of unprecedented economic uncertainty.

“That’s something that the Office of Budget Responsibility (OBR) and the Bank of England have both said and […] this year will face a significant rise [in our deficit].

“What’s clear is that if we had not acted in the way that we did at the scale and speed that we did, the situation would be far worse. That’s something that the OBR and the Bank of England have both confirmed.” 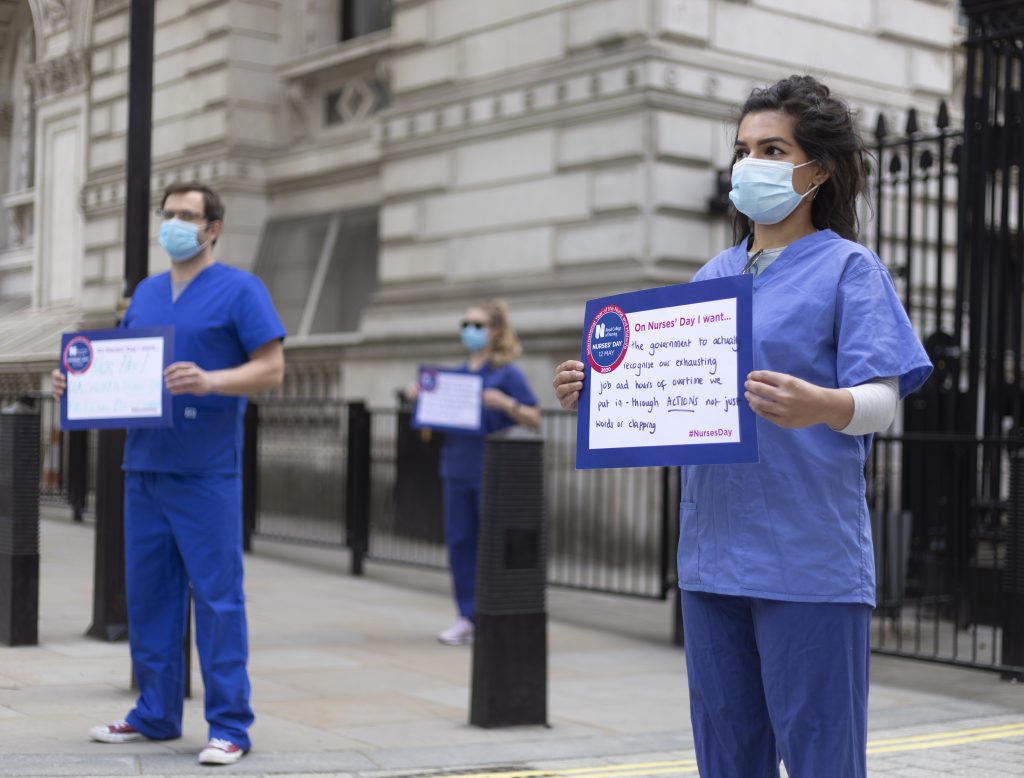 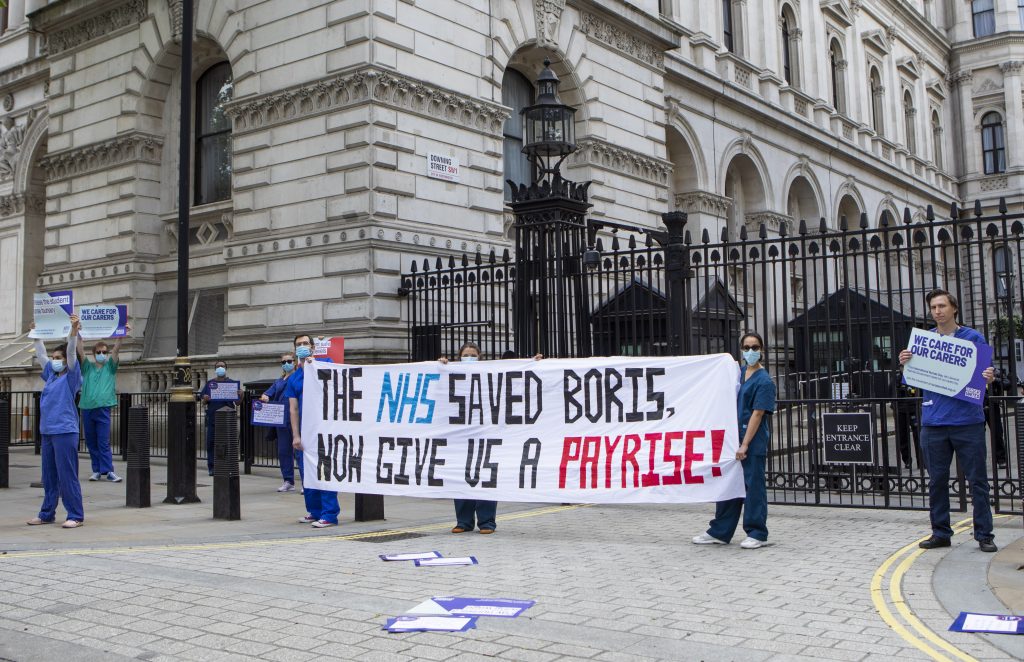 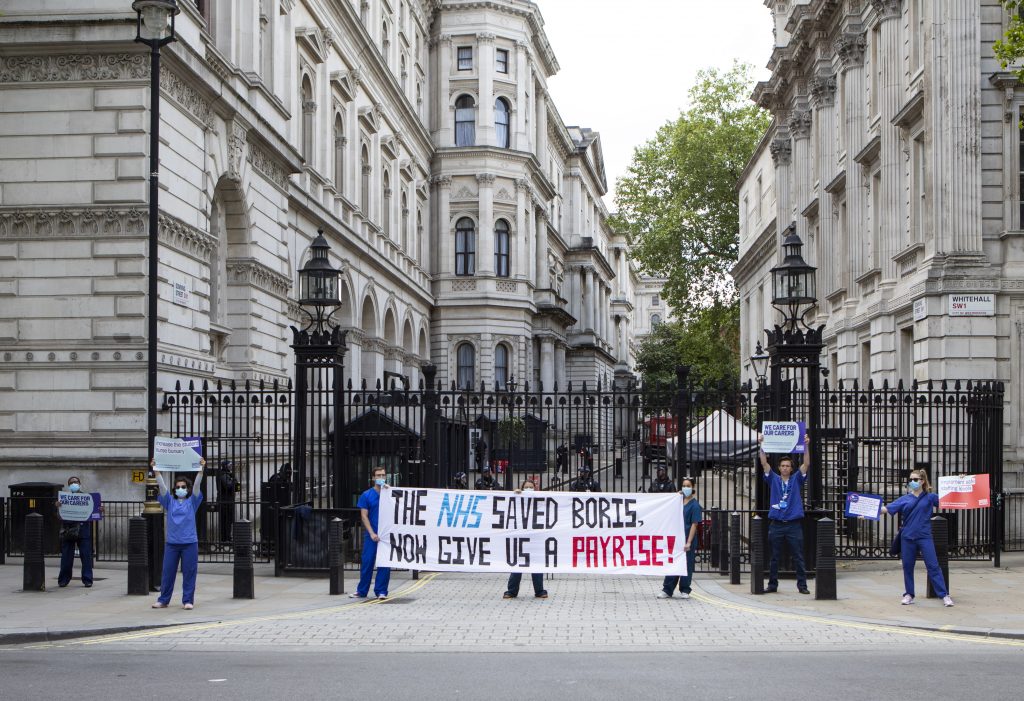 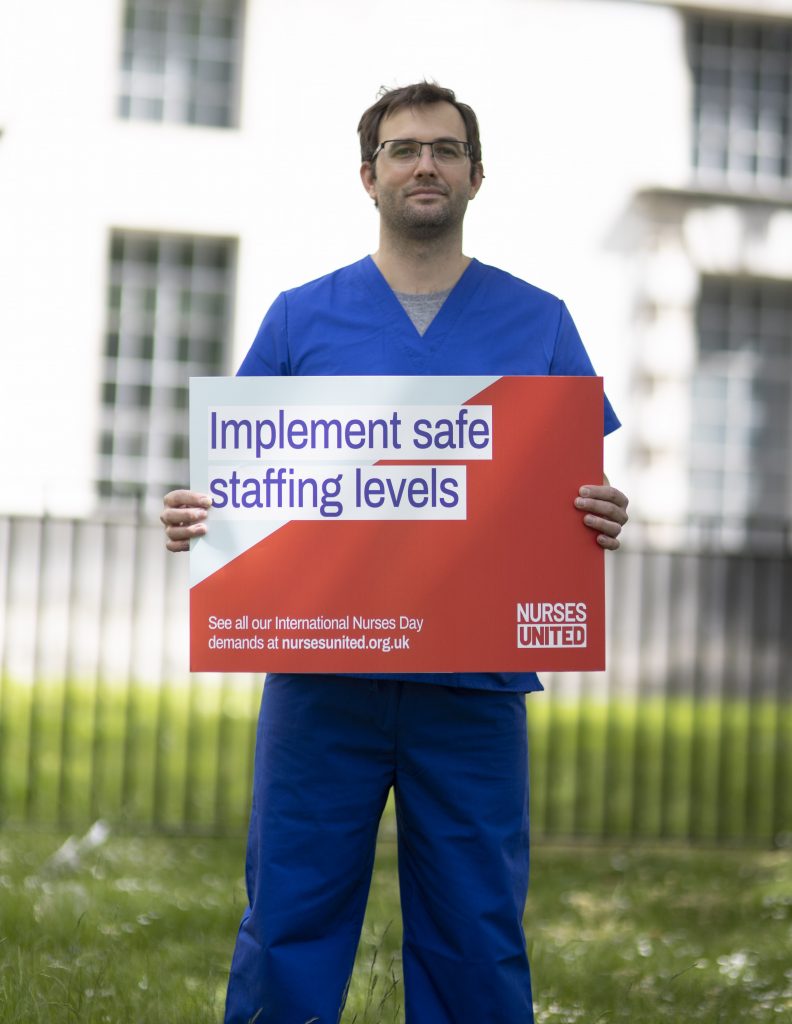 Navigating the Road to Nursing Leadership