The partner of a nurse who took his own life after being unfairly sacked by a London hospital has told Nursing Times he “can’t rest” until he is sure every NHS trust has a just disciplinary policy in place.

Terry Skitmore has been fighting relentlessly for justice and change in the four years since losing his partner of 12 years, Amin Abdullah.

Mr Abdullah died in February 2016 after setting himself on fire outside Kensington Palace while awaiting a hearing to appeal his dismissal from his job.

At the time, he was as a band 6 nurse and deputy ward manager working at Charing Cross Hospital, part of Imperial College Healthcare NHS Trust. He was aged 41 and had no previous history of depression or mental illness.

An independent investigation into Mr Abdullah’s death was ordered by the government in 2017, after Mr Skitmore took the case to the then health minister.

The subsequent inquiry by consultancy firm Verita found that Mr Abdullah had been treated unfairly and had not been given the support he needed throughout the process.

It determined that the charges held against Mr Abdullah by the trust were unjustified and that his case was subjected to excessive and unwarranted delays.

Following the report, Imperial College Healthcare admitted that Mr Abdullah should not have been dismissed and pledged to carry out a full review of its disciplinary processes and procedures.

Mr Skitmore (pictured above with Mr Abdullah) has since worked closely with the trust to draw up a new policy for dealing with staff-related concerns or complaints and the final version has recently been published.

In an interview with Nursing Times, Mr Skitmore described the policy as “groundbreaking”.

The new policy requires managers to seek to resolve complaints against staff informally as a first port of call.

Formal action or further investigation can only be launched following the approval of a senior figure with no previous involvement in the case.

Hearings that may result in dismissal must be heard by a panel of at least three people including one external member with “knowledge, skills and experience that reflect the background and/or specialty of the employee in question”.

Any managers involved in investigating cases or sitting on hearings must undergo specific training on dealing with disciplinary matters.

The policy emphasises the need to carry out proceedings in a timely manner and on paying attention to the health and wellbeing of the staff members involved.

“It took a long time to get there, a lot of hard work by a lot of people and a lot on input following the Verita report,” Mr Skitmore said.

“It is now a good document and I believe that if that document had existed in 2016, Amin would still be alive.”

Mr Skitmore said he believed the new policy could “save lives” and was now seeking to get it rolled out across the NHS nationally.

“In my mind now, if it can save one other nurse in the future, Amin didn’t die for nothing,” he told Nursing Times.

Via his local MP, Mr Skitmore has secured a commitment from health and social care secretary Matt Hancock to meet with him and discuss his proposals.

Mr Skitmore said he wanted other trusts to use the Imperial policy as a “benchmark” or “minimum standard” in order to “safeguard” all staff.

“It’s not just the nurses, it’s for all of the staff as well, including porters and cleaners and everybody else, it safeguards everybody,” he said.

“I would really want someone with the authority to say you will do it and they have got to do it, and show us within six months that you have actually done it. Then I can rest, in the meantime I can’t.”

Asked if his crusade for answers and improvements in the wake of Mr Abdullah’s death had helped him to deal with the grief of losing his partner, Mr Skitmore said “absolutely”.

“I knew the truth, I knew people had lied, I knew what had really happened, and there was no way that I could have just not gone ahead with this,” he added.

“I did actually say to myself at the time, in 2016, if I have to use the rest of my life fighting this, I will. 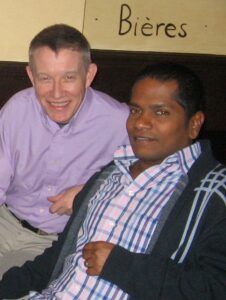 “But to my delight… we have achieved so much in just four short years.”

In a foreword to the new disciplinary policy, Imperial chief executive Professor Tim Orchard expressed his gratitude to Mr Skitmore for his input in the design of the document and “more generally on how we have responded in the wake of Amin’s tragic death”.

He said as a result of the changes implemented since Mr Abdullah’s suicide, the number of disciplinary investigations and hearings being carried out at the trust had fallen by a third.

They had also helped to stamp out racial inequalities in the trust, which had previously meant that Black, Asian and minority ethnic staff were more likely to experience disciplinary action than white peers.

“As I said in 2018, I very much regret that Amin is not here to be offered an apology for the mistakes that we made and the way he was treated and to hear the personal commitment from me that we will act on all the learning from his case,” added Professor Orchard in his foreword.

“This disciplinary procedure is another small step to building on that commitment and I hope contributes to our ambition of becoming an exemplar of good practice in this area.” 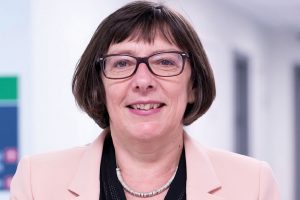 Professor Janice Sigsworth, director of nursing at Imperial, told Nursing Times she was “really pleased to see the impact the implementation of our new policy is having”.

“There will inevitably be times when we need to follow formal procedures. But in these circumstances we now have a structure in place to ensure we treat people with care and compassion, regardless of the circumstances,” she added.

“We must now continually reflect and challenge ourselves to ensure everyone is treated fairly and build a culture of openness and transparency to ensure we are doing the right thing by our staff.”

‘I hope the new nursing voices just get louder and angrier’

‘I hope the new nursing voices just get louder and angrier’