The Royal College of Nursing has today warned the government that it is “time to pay nursing staff fairly” as it seeks to secure a 12.5% wage increase for its members.

The college has launched its Fair Pay for Nursing campaign, which is calling for a new one-year pay deal, to be implemented as soon as possible.

The deal should be fully funded and provide a 12.5% pay increase for all nursing staff covered by the Agenda for Change (AfC) scheme in the UK, applied equally to all bands, urged the RCN.

The college is part of a group of 14 health unions that are banding together to convince prime minister Boris Johnson to push forward negotiations for the next AfC pay deal.

Under current plans, pay for AfC staff including NHS nurses is not due for review until April next year, when the current three-year deal comes to an end.

The government has to date refused to budge from this timeline, despite pressure from the unions and protests from frontline staff.

The RCN argues that the pay rise is needed to bring nurse wages in line with the rising cost of living and to recognise the “skill, accountability and expertise of a safety critical profession”.

It would also support recruitment and retention at a time when there are estimated to be 50,000 registered nurse vaccines in the NHS across the UK.

While the deal would only cover NHS staff, securing the pay rise would “raise the bar, and so also benefit nursing staff working for independent employers”, claimed the college.

Although it falls short of the 15% pay rise that nurses under the NHS Workers Say No and Nurses United grassroots groups are campaigning for.

Dame Donna Kinnair (pictured above), chief executive and general secretary of the RCN, said: “The Fair Pay for Nursing campaign is about recognising the skill, experience and responsibility demonstrated every day, in every year, by nursing support workers, nursing associates, registered nurses and all members of the profession.

“This is about more than the profession’s response to Covid-19 – it is about increasing the attractiveness of the profession, to fill tens of thousands of unfilled nursing jobs and reach safe staffing levels.

“It is time to pay nursing staff fairly.”

Nursing had to date been “underfunded, understaffed and undervalued”, warned Graham Revie, chair of the RCN’s trade union committee.

“Our pay demand reflects the knowledge, skills and responsibilities of the complex job we do,” he added.

“RCN members have told us they expect things to change, and we will fight for that change.”

Meanwhile, Unison has also mounted new demands on the government today around pay.

Unison members including a nurse from the Royal Free Hospital joined the union’s head of health, Sara Gorton, and deputy head Helga Pile, as they delivered a pay request letter to No 10.

They want to see every NHS employee receive an increase of at least £2,000 by the end of this year, which would take minimum wages in the health services beyond £20,000 a year for the first time, according to Unison.

Ms Gorton said: “The claim is straightforward, can be brought in quickly and would ensure everyone in the NHS is recognised.

“There’s a tough winter ahead and a pandemic that shows little sign of disappearing. Giving health staff a morale boost now is much-needed ahead of any good news about a vaccine.”

However, any pay rise for NHS staff must not be funded by squeezing budgets for other essential health services, warned the Royal College of Midwives, which is also part of the group of 14 unions.

Gill Walton, chief executive of the RCM, said: “The RCM, together with the 13 other health unions which make up the NHS Staff Council, will be pushing hard get a decent pay rise for our members before the current deal ends in April 2021.

“But we will also be holding ministers’ feet to the flames to ensure this is new money, rather than simply picking the pockets of other NHS departments.”

A Department of Health and Social Care spokesperson said it would ensure staff were “rewarded fairly”. 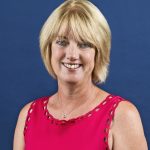 They added: “We are grateful for the hard work and dedication of our nurses, particularly during the pandemic, and recognise the extraordinary commitment they have made to keep us safe.

“Nurses are currently benefitting from the final year of a three-year pay and contract reform deal, agreed with trade unions, which has delivered year-on-year pay increases for nurses and increased the starting salary for a newly qualified nurse by over 12%.

“The independent NHS Pay Review Body makes recommendations to government on pay increases and we will consider their advice when we receive it, while continuing to listen to our valued NHS staff and the trade unions to ensure everyone is rewarded fairly.”

‘Possible’ to adapt ventilators for two Covid-19 patients at once

Rise in childhood obesity 'could lead to more MS cases'

Rise in childhood obesity 'could lead to more MS cases'

Drug diversion: Understand addiction and how it unfolds