Scotland’s health secretary has today announced a raft of senior NHS management changes in what she said was a bid to “strengthen” leadership across the country’s health system.

The move includes the appointment of a “turnaround director” at a struggling health board, under-fire for ongoing issues relating to infection control at two of its hospitals, plus a number of other switches at chief executive level.

Announcing the changes, Jeane Freeman pledged that she was “focused on improving performance and delivery” across the NHS in Scotland in order to “provide the best care possible” for patients.

As part of this pledge, she announced that Calum Campbell had been appointed as turnaround director at NHS Greater Glasgow and Clyde to provide “additional direction and support”.

In November, it was escalated to stage 4 of the NHS Board Performance Escalation Framework, relating to ongoing issues with infection control at Queen Elizabeth University Hospital and the Royal Hospital for Children.

However, Ms Freeman has now escalated the health board as a whole to stage 4, with principal areas of support concentrating on scheduled care, unscheduled care, primary care out of hours, finance and culture and leadership.

The health secretary confirmed today that Mr Campbell, currently chief executive of NHS Lanarkshire, had been appointed to the new director post to help facilitate this support and “directly manage operational delivery”.

Mr Campbell will begin his new role on 27 January, reporting to the board’s chief executive from a governance perspective.

Meanwhile, he will report to the government itself “on all matters including progress and the extent to which the existing management team are working in a collaborative manner to achieve the stated aims”.

“In order to provide additional direction and support to NHS Greater Glasgow and Clyde, I have taken the decision to escalate the board as a whole to stage 4 of the performance escalation framework,” said Ms Freeman.

“Calum Campbell as turnaround director will provide an increased level of scrutiny and intervention.”

While Mr Campbell is away, Heather Knox, director of acute services and deputy chief executive at NHS Lanarkshire, will become its acting chief executive and assume day-to-day responsibility for operational delivery.

As previously reported, NHS Highland has recently come under-fire for a number of workplace bullying and harassment allegations.

It has now been announced that Iain Stewart, chief executive of NHS Highland, will be leaving the health board to take up an executive role within NHS Orkney on 27 January.

She said: “In his role as chief executive of NHS Highland Iain Stewart has established a culture programme for NHS Highland and worked to bring significant stability to the health board. 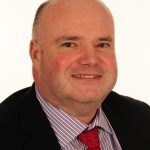 ce as an established NHS chief executive,” she said.

“I am confident he will successfully take forward the next phase of the board’s culture programme,” she added.

Commenting on his departure from NHS Highland, Mr Stewart thanked his colleagues for “their hard work and dedication”.

He recognised that the board had had its “challenges” but said that the work put into its culture programme had “contributed to making this an organisation we can all be proud of”.

If social media won’t protect users’ mental health, should they pay to restore it?

Call for ‘culture of openness’ over sexual needs in care homes