Critical care nurses are facing an “impossible” task going into the second wave of the coronavirus pandemic during the winter without the support of redeployed staff, a nursing leader has warned.

British Association of Critical Care Nurses chair Nicki Credland said the only reason intensive care nurses coped in the peak was because staff from other areas of the hospital were shipped in to help.

Usually, nurse-to-patient ratios in intensive care units (ITUs) are set at 1:1 or 1:2 depending on the acuity of the patient.

However, during the pandemic, these ratios had to be scrapped because there would not have been enough nurses to meet demand.

Instead, nurses were put in charge of a group of patients but were supported by a team of non-intensive care colleagues who had been redeployed.

A major source of support came from surgery staff such as theatre nurses and operating theatre practitioners who were released due to elective operations being cancelled.

However, with the NHS facing a major backlog of patients who had operations or treatment delayed in the first wave, there are no plans this time round to scale back non-Covid-19 services.

It has also been made clear that public health nurses and research nurses will not be released from their roles in the same way they were in the spring.

Meanwhile student nurses who joined the frontline earlier in the pandemic are returning to their normal studies.

Ms Credland told Nursing Times that it was “impossible” for a nurse to look after a group of critically ill patients on their own because the patients were too complicated and required constant monitoring and care.

“These aren’t patients that you can just leave in a bed and go back to every couple of hours, these are patients that need continuous care,” she said.

“They are really unstable, they are the sickest patients in the whole hospital, they require really complicated, complex, continual monitoring and care.

“So, it’s not just a case of ‘oh I’m sorry your ICU nurse is going to have to manage three patients on their own’, because that’s simply not possible to do.”

With this being the situation facing ICUs, Ms Credland also questioned where nurses would be found to staff the Nightingale hospitals, which are being remobilised in the North of England.

She said: “If we can’t redeploy staff from other areas in the hospital to support ICU, then how on earth are we going to open Nightingale hospitals?”

She noted how the second wave was also happening in winter pressures season when ICUs would usually be running at 80-90% capacity in any given year.

At the same time, critical care nurses were still recovering from the first wave with many suffering from serious psychological trauma.

Some had even been detained under the Mental Health Act because they were that unwell, said Ms Credland.

“We’ve got to remember as well that, certainly from an ICU point of view, we’ve got an ICU nursing workforce who are absolutely knackered physically and psychologically,” she said.

“So, their ability to manage a second wave is already less than it was the first time round because they are going into this exhausted.

For these reasons she said ITUs in many cases would be going into the second wave with fewer critical care nurses than they did for the first wave.

Without a change in course, intensive care units will become “overwhelmed with patients and we will have staff who simply cannot cope”, she said.

She was of the view that the only way forward was to limit transmission of Covid-19 in the community to reduce hospitalisations, perhaps through stricter lockdown measures or a “circuit breaker” as recommended by scientists.

“That is the only way we are going to protect NHS staff, protect the country generally from having to shut down NHS services again, and particularly protect ICU nurses,” warned Ms Credland.

It was recently reported that the government did not follow advice issued in September by the Scientific Advisory Group on Emergencies (SAGE) for a national lockdown of two-three weeks to bring Covid-19 cases under control.

In parliament today health and social care secretary Matt Hancock was challenged over the mater by his Labour equivalent Jonathan Ashworth who said a circuit breaker such as this would “protect the NHS” and “save lives”.

However, Mr Hancock said the government believed a more targeted approach was required, as he announced that more regions of England including London were being upgraded to a higher coronavirus alert level. 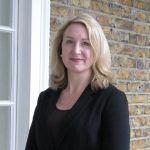 Meanwhile, Susan Masters, director of nursing, policy and public affairs at the Royal College of Nursing, said cracks in the health system were beginning to show again and nurses were coming under pressure.

“We went into the pandemic with approximately 40,000 nursing vacancies across the NHS in England, there needs to be a proper plan put in place so health services can cope with the increase in cases needing specialist care,” she told Nursing Times.

“Lessons learnt from the first wave have to be put in place now to protect patients and staff and prevent a further crisis in care.”

Nursing Times asked NHS England if it had a plan for ensuring services had enough nurses in the second wave, but it did not provide a response.

Open letter: Infection prevention and control should never be at the expense of compassionate care

Open letter: Infection prevention and control should never be at the expense of compassionate care

Nurses are in a better position to advocate for higher RN salaries, benefits