Government’s 50,000 nurse pledge ‘not based on modelling’

The government appears to be unaware of how many nurses the NHS in England actually needs and in what specialisms to meet demand, an influential committee of MPs has warned.

It said the Department of Health and Social Care (DHSC) “could not show” that its pledge to deliver 50,000 more nurses by 2025 was based on solid workforce modelling.

The concerns were laid out in a new report – NHS Nursing Workforce – published by the Public Accounts Committee today, which raised fears of an “emerging crisis” in nursing.

At the end of last year, the Conservative Party made a controversial commitment as part of its election manifesto to secure 50,000 more nurses by 2025.

However, by March 2020, NHS England and NHS Improvement, together with Health Education England, were “still developing a model to understand and quantify the demand for nurses”, warned the committee.

It said when approached by MPs, the department “could not show that its commitment to 50,000 more nurses by 2025 matches the actual need for nurses in the NHS”.

In addition, the committee said it was “not convinced” the DHSC knew how the NHS would secure these 50,000 nurses in the wake of the coronavirus pandemic.

It added that the government’s original plan to rely on a “substantial short-term increase” in overseas nurse recruitment to hit the target was now a “risky strategy” due to travel restrictions enforced because of Covid-19.

Meanwhile, the nursing needs of the social care sector “remain an unaddressed afterthought for the DHSC”.

In the report, MPs pointed to a Nursing Times survey carried out in April which revealed 90% of nurses were feeling higher levels of anxiety since the coronavirus pandemic.

At the same time, increased levels of nurses were considering leaving the profession next year, it highlighted.

Concerns were also raised that safeguards put in place to protect Black, Asian and minority ethnic staff, who are disproportionately affected by Covid-19, could “restrict their work experience and career progression”.

The committee warned there were “worrying indications that the NHS has reverted from long-term planning to short-term firefighting”.

The publication of the NHS People Plan was now “overdue” and had been subject to “further delays”, it added.

An interim version of the workforce plan was released in June 2019 with the full report promised later the same year.

In July 2020, one half of the plan was launched which focused on enhancing NHS culture and leadership.

The next part, which will cover plans to ensure the NHS has the nursing workforce it needs, is due later this year after the spending review.

NHS England and NHS Improvement are in the process of “revising their estimates” on the number of nurses they need in light of Covid-19.

The committee said updated modelling and a substantive long-term workforce plan were needed as soon as possible, broken down into regional needs and the different nursing specialisms.

Plans should consider “what national actions, for example on pay, they may need to take to increase recruitment and retention”, it added.

Issues around the removal of the student nursing bursary in 2017 and how this “signally failed” to increase student nurse numbers as hoped, were also discussed in the report.

Meanwhile, HEE informed MPs that it estimates 20% of final-year nursing students who stepped up to work for the health service during the pandemic “may have difficulty completing the clinical practice hours they need to graduate on time this year”.

The committee acknowledged the government had announced the introduction of a new cost-of-living grant for student nurses from September this year, and called on the department, the NHS and HEE to write to it next month to set out how they anticipated the new grant would help boost nurse numbers.

Chair of the Public Accounts Committee and Labour MP for Hackney South and Shoreditch., Meg Hillier, said she feared “an emerging crisis” in the profession.

She added: “We fully recognise that the NHS is reeling under the strain of Covid-19, with staff unsure how they will cope with the second wave that it seems clear already upon us.

“But it must not take its eye off the ball and allow a slide back into short-term, crisis mode.

“It must press on with coherent plans to get the nursing workforce back to capacity, under the kind of working conditions that can encourage hard-won, hard-working nurses to stay in our NHS and care homes.”

Dame Donna Kinnair, chief executive and general secretary of the Royal College of Nursing, said the findings of the report reflected how a “lack of planning and funding for the workforce is causing major issues, exacerbated by the pandemic”.

“We share the committee’s view that there must be a proper long-term plan for the nursing workforce in England, and support the recommendation for national plans to include issues of pay, to increase recruitment and retention,” said Dame Donna.

She added that the government should now be “aiming for oversupply after years of under-investment if they hope to meet demand”.

“Failure to take concrete action on the recommendations of this report will drive more away from a career in nursing and leave greater numbers of patients without the care they deserve,” said Dame Donna. 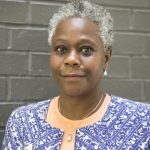 Meanwhile, Professor Mark Radford chief nurse at HEE, said it “continues to work with its system partners to increase the nursing and midwifery workforce, aligned to the government’s commitment of an additional 50,000 nurses”.

He cited the 15% increase in the number of applications for nursing degrees which was seen this year.

“We are also committed to the health and wellbeing of our current nursing workforce and will continue to put a spotlight on the attractiveness and flexibility of nursing and midwifery careers that will, in turn, deliver safe and effective care to patients,” added Professor Radford.

In response to the report, a DHSC spokesperson said: “We are incredibly grateful for the dedication nurses have shown throughout the pandemic

“We are working to attract and retain more brilliant nursing staff by offering practical support for wellbeing, as well as a new maintenance package of £5,000 for all eligible new and continuing students.

“We are on our way to delivering 50,000 more nurses by the end of this Parliament, with already over 13,800 more working in the NHS and a 22% rise in nursing university acceptances this year.”

Nursing Times has contacted NHS England and NHS Improvement for a response.

'Cultural change needs to start with a change in individual attitudes'