The flu vaccination programme in the UK will be “massively” expanded this winter to help the NHS cope with the ongoing coronavirus pandemic, the government has said.

At what is already traditionally a challenging time of the year for clinicians, prime minister Boris Johnson said there was a chance Covid-19 would become “more virulent” in the colder months.

He today pledged an additional £3bn to the NHS in England to help it prepare for a potential second spike of the virus this winter, along with the usual seasonal pressures.

The money would allow the NHS to continue to use the additional hospital beds acquired from the independent sector and through the opening of new Nightingale Hospitals until the end of March 2021, said Mr Johnson.

Speaking during a press briefing at Downing Street this morning, Mr Johnson said the government was taking a “number of steps to get the NHS ready for winter”.

Alongside the extra capacity, he said: “We will be rolling out the biggest ever flu vaccination programme in the history of the UK.”

Proposals to extend the rules for those who are eligible for a free flu vaccination as part of the annual campaign have been underway for the past few months. The vaccination programme is mostly delivered by practice nurses.

Among those who currently qualify for a free jab are people aged 65 and over, pregnant women, primary school children, and people with certain medical conditions who would be vulnerable if they caught flu.

In a press notice issued last night announcing the new winter funding, No. 10 indicated that the extension was going ahead, stating that “expanded eligibility criteria” would be “set out shortly”.

Meanwhile, on Twitter this morning, health and social care secretary Matt Hancock said the vaccination programme would be expanded “massively”.

He wrote: “We are injecting another £3bn into our health system to make sure we’re prepared for winter.

“We will keep the Nightingale hospitals ready; massively expand our flu jab programme; and support capacity.”

It is understood that “universial” uptake of the flu vaccination among health and social workers is going to be expected this winter.

The NHS flu vaccination programme is overseen by Public Health England, which is currently facing questions over the way it has been recording coronavirus death data.

When asked by Nursing Times about the new eligibility criteria, PHE referenced back to the No.10 statement promising more information “shortly”.

During the Downing Street press conference, Mr Johnson also promised to increase Covid-19 testing capacity to at least half a million antigen tests a day by the end of October, ready for an expected increase in demand.

He noted how during the winter, “many more people will show Covid-like symptoms as a result of seasonal illnesses and therefore require a test”.

However, Mr Johnson added: “Demand for testing is not the only challenge that winter will bring.

“It’s possible that the virus will be more virulent in the winter months, and it’s certain that the NHS will face the usual annual winter pressures.”

He said the number of ventilators available to patients across the UK had “massively increased”, from 9,000 before the pandemic, to nearly 30,000 now.

The pipeline of personal protective equipment for NHS and social care staff had also been “substantially increased”, claimed Mr Johnson. 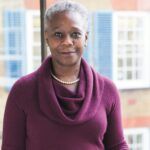 Responding to the press conference, Dame Donna Kinnair, chief executive and general secretary of the Royal College of Nursing, said: “This announcement shows just how difficult this winter could prove for hard-working nursing staff in health and care services across the UK.

“Our health and care services will not only have to deal with the Covid-19 pandemic, but also seasonal pressures which put arduous strain on nursing staff and our health system in the colder months of the year.”

She pointed to recent survey carried out by the RCN showing a rise in nurses saying they wanted to quit the profession, and said the pandemic had “exacerbated tensions in the workforce”.

“If we enter this difficult period with an exhausted and under resourced workforce, who’ve spent the summer covering for widespread staffing shortages, even this investment won’t be able to plaster the cracks in our health and care services,” warned Dame Donna.

Meanwhile, Sara Gorton, head of health at the union Unison, said money should also be invested in giving health and care workers a pay rise.

“The NHS needs all the resources available to ensure it’s well-prepared for a resurgence,” she said.

“Securing plentiful supplies of personal protective equipment to keep staff and patients safe and getting the entire NHS running again all come at a price.

“But the government must invest in staff too. Providing the funding so everyone in the NHS can get an early pay rise this year would make health workers feel valued after all they’ve been through.”

She said increased wages for health and care workers would also “prove popular with the public”, and would support efforts to recruit and retain staff.

Sustainability 1: can nurses reduce the environmental impact of healthcare?

Are You the “Twofer”?