A new workplace culture is needed that “explicitly recognises” how the very nature of the work carried out by nurses and midwives can strain their mental health, researchers have warned.

They called for action to tackle the “organisational causes” of stress that increase the burden on staff, such as high workload, poor leadership and bullying, in order to build “healthy working environments”.

The recommendations are set out in a new report by the the Society of Occupational Medicine (SOM), which was commissioned and funded by the RCN Foundation, and shared exclusively with Nursing Times.

The research was carried out before the coronavirus pandemic, with the findings providing a picture of a workforce already under pressure before the additional burden of Covid-19.

They reviewed 100 studies published over the past 10 years to identify the current prevalence of mental illness among the nursing and midwifery workforce, factors affecting wellbeing and the implications of poor mental health.

They found that nurses and midwives faced “considerable risk” of work-related stress, burnout, depression and anxiety, higher than that experienced by the general population. The rate of suicide among female nurses was also above average.

The rates of poor mental health among the nursing and midwifery workforce appeared to be increasing as workplaces became more pressurised, due to factors such as rising demand for services, staffing shortages and diminishing resources, said the report.

Nurses and midwives were also at “particularly high risk” of bullying and harassment in the workplace, which the report identified as a “key source of distress”.

“Such experiences appear to have become more common over time, but a ‘culture of silence’ surrounding this issue has been identified meaning that it is not openly or adequately addressed,” it warned.

Instead of taking time off when they are unwell, nurses and midwives often continued to go to work – known as “presenteeism”.

Reasons cited in the report for presenteeism among the nursing and midwifery workforce were staffing shortages, feelings of responsibility to patients, and a fear of letting colleagues down.

But the report warned: “Presenteeism is more costly than absenteeism and has serious implications for the wellbeing of staff and patient safety.”

It was also noted that nurses and midwives from black and ethnic minority backgrounds were at greater risk of some issues that affected mental health, including bullying and harassment.

However, understanding was limited on how the different work experiences of people from different ethnic backgrounds affected individuals’ mental health.

More generally, the report highlighted that the very nature of the nurse and midwife role was straining on mental health due to the need to be compassionate and get to know patients.

“The demands for nurses and midwives to provide compassionate, patient-centred care means that the high risk of compassion fatigue should be acknowledged, and interventions put in place to reduce its harmful effects,” it stated.

Despite the prevalence of poor mental health, the review found that nurses and midwives were often “reluctant” to speak up when they were struggling, because they did not want to be perceived as not being able to cope.

The review uncovered evidence that suggested that managers in the NHS “lack knowledge of initiatives to manage work-related stress”.

“Nurse managers may also feel they do not have the skills for this role, and this can undermine their effectiveness,” said the report.

Where support was available, information was “often poorly disseminated”, noted the report, called The Mental Health and Wellbeing of Nurses and Midwives in the United Kingdom.

The consequences of failure to address the issues that led to poor mental health among nurses and midwives would not only be felt by staff, but by patients too, warned the report.

The researchers said they found “strong evidence that poor mental health and wellbeing among staff impairs the quality of patient care”.

The report concluded that there needed to be “systematic change” to the culture of the workplaces in which nurses and midwives are based.

“It is vital to build a culture within healthcare organisations that explicitly recognises how the nature of the work and working conditions can impact on the wellbeing of staff,” said the report.

“This review highlights the need for healthcare organisations to carefully scrutinise their cultures and take the action required to implement systemic change.”

It added that a “particular focus” should be placed on building workplaces that were more conducive to good mental health, rather than “merely aiming to enhance resilience at an individual level”.

The researchers behind the report also recognised that the Covid-19 pandemic was likely to have exacerbated many of the issues highlighted in the report and would have had a major impact on nurses’ and midwives’ mental health.

In response to the outbreak, Nursing Times launched the Covid-19: Are You OK? campaign to highlight the immediate and longer-term mental health needs of nurses helping to tackle the pandemic, and lobby for interventions.

The SOM is calling for a summit to understand the true impact of the crisis on the mental health and wellbeing of nurses and midwives.

Professor Harriss said: “This report is very timely and clearly shows that the stress of work leads to long term and widespread mental health problems and burnout among nurses and midwives.

“While the report was written before the Covid-19 pandemic, the situation has further highlighted how essential it is for nurses and midwives to have supportive work environments.

“It is really important that policy makers and workforce planning take into consideration the recommendations in this report.” 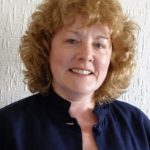 She added that in 2020, the International Year of the Nurse and the Midwife, “protecting and promoting their mental health must now be a priority”.

Professor Kinman said the report highlighted the need for “evidence-informed, systemic interventions to tackle the causes of work-related stress in the sector”.

Meanwhile, Deepa Korea, RCN Foundation director, added: “The challenges faced by the nursing and midwifery profession in the current climate means that the mental health and wellbeing of nurses and midwives has never been more important.”

The RCN Foundation has also commissioned a further piece of work on similar themes but taking into account the impact of Covid-19. It is due to be published later this year by the King’s Fund.