While the two professions could not sit further apart in the eyes of the public, more and more nurses appear to be embarking on a career move into politics to fight for the causes they believe in.

Despite a recent survey placing politicians and nurses at complete opposite ends of a spectrum in terms of public trust, the two roles have more in common than at first glance.

While the occupation of candidates is not routinely recorded in datasets, Nursing Times understands that at least 26 people with a nursing background are standing in the upcoming general election, which is believed to be more than previous years.

These include Green Party candidate Darren Parkinson who, if elected, could be the first practising learning disability nurse with a seat in Whitehall.

Mr Parkinson, who supports children aged 0-18 with learning disabilities as part of a multiagency mental health service, told Nursing Times that the work that he would be required to carry out as an MP in his constituency of Bradford West would be “broadly similar” to his nursing job.

This included advocating for vulnerable families, working with colleagues across boundaries to ensure their needs were met, and offering them tips, advice and support to help them stay well.

“I think part both what motivated me to get into nursing was about making change, making change in people’s lives, trying to make a difference,” he said. “The same applies in terms of politics.”

He noted that communication was a key skill in nursing that was transferrable to politics.

“I think listening is crucial,” said Mr Parkinson. “Those communication skills that we are taught when we do our nurse training, being able to listen to other people’s point of views, listening to what is happening in their lives and take that on board and try to do things that can make change. I think there are huge similarities there.”

Earlier this week, the latest annual Ipsos Mori Veracity Index for 2019 found nurses to be the most trusted profession among the British public while politicians were the least.

Mr Parkinson, who vowed to act as a voice for people with learning disabilities in Westminster and campaign for policies on their behalf, said nurses may be help improve the reputation of politicians.

He noted how as nurses followed a code of conduct that required them to be open, honest and trustworthy and he believed the same should apply to those in political positions.

“If there are more nurses getting into politics then that can only be a good thing because of those kinds of skills that we have in terms of relating to people and listening to people’s experience, and wanting to make change and make a difference, but also that honesty,” he said.

“We are trustworthy I think…and hopefully people see that there are some nurses in politics as well and that may help turn a corner in terms of the perception of politicians.” 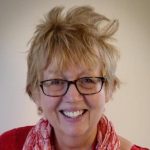 Meanwhile, Felicity Owen, who is standing for Labour in St Austell and Newquay, found that her background as a nurse had helped her connect with people on the campaign trail.

“We get a lot of stuff on the doorstep say, ‘well I don’t trust politicians’ and then you say, ‘well I’m not a politician – yes, I may well become one, but I also have 40 years of service’,” she said. “Then it does make people feel differently.”

After starting her career as a nurse in London, first as a staff nurse and then working up to a ward sister, Ms Owen went into health visiting before becoming a director of public health in Cornwall.

She said her long career in health had enabled her to grasp a true sense of “unfairness” and helped her understand the realities of the inequalities faced by people from different walks of life.

“I started my training in 1975 and it was pre-university days and we spent a lot of time at the patient’s bedside and that’s what I wanted to do when I was growing up – to care for people,” Ms Owen told Nursing Times.

“I think nursing training gives you a great sense of understanding of background and why people suffer more than others.”

“For us as nurses, we should be out there having voices”

A key driver for her to enter politics was concerns about NHS privatisation and reforms following the introduction of the controversial Health and Social Care Act 2012.

“I was so worried about the underfunding of the NHS that when I retired, I had to do something about it, I couldn’t just sit back and enjoy my retirement,” said Ms Owens.

She added: “It’s a no-brainer for me that you’ve got to do something about it.

Fighting for her second term as Labour MP for Wolverhampton South West after ending her 40-year career as a nurse to enter politics in 2017 is Eleanor Smith, who has flown the flag for nurses in parliament and instigated important debates for the profession including around student funding.

Ms Smith (pictured in top image) said one of her missions since gaining her seat had been to encourage more nurses to think about entering politics.

She noted how when she stood in 2017, only one other nurse – Karen Lee, who is also standing again in the upcoming election on 12 December – was elected for the Labour Party.

“For us as nurses, we should be out there having voices because of what’s happening to our patients, to our fellow staff and to our NHS,” she told Nursing Times.

In the list of skills that Ms Smith had brought over into politics from nursing she included listening, being compassionate and understanding, and “finding the way you can get the best solution”.

Asked if she had ever been made to feel like she did not belong in Westminster due to her nursing background, Ms Smith said she had not and would not allow it even if anyone attempted to do so.

“I have never had that attitude,” she said. “I have respect and I give respect – it’s not a given, you have to earn it.”

However, in the past this has not always been the case for nurses who made the career change.

Arguably one of the most well-known nurse politicians is Ann Keen, who was a health minister in Gordon Brown’s government and was an MP for Brentford and Isleworth between 1997 and 2010.

“Nurses today are challenging politicians, speaking out and informing”

A district nurse before venturing into Whitehall, Ms Keen is now retired but has retained roles with nursing organisations including the Royal College of Nursing and the Queen’s Nursing Institute.

Demonstrating how much progression had been made, Ms Keen explained how her journey from nursing into politics was “treated as a really unusual and even strange move” in the 1990s.

Ms Keen told Nursing Times that when she first entered parliament, she was often asked by members: “how could a nurse know about politics” and was forced to defend her credentials.

However, she said the career move “felt very natural to me”.

“My district nursing practice reinforced in Thatcher’s Britain during the 80s how poverty and ill health were so closely linked,” she added. 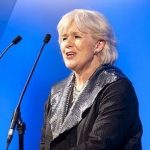 Ms Keen said she was pleased to see attitudes toward nurses were changing and that more people from the profession were taking a public platform.

“Nurses today are challenging politicians, speaking out and informing those that think they know what the reality is of not enough staff,” she said.

“We are expert listeners and problem-solving realists, approachable, wise and multi-skilled.

“I am so, so pleased and proud of nurse candidates and will be following progress and expect all to speak up and be true advocates.

“I gave a sharp answer when told ‘you’ve done well for a nurse’.”

The post Exclusive: The rise of the nurse politician appeared first on Nursing Times.

Exclusive: Political parties appeal to nurses to vote for them

Study finds children with mild asthma ‘can use inhalers as needed’

Three Skills to Master in Your First Year of Nursing