Exclusive: Political parties appeal to nurses to vote for them

Nursing and the NHS has become a key battleground ahead of the general election on 12 December, with pledges from all of the main political parties, especially on workforce and education funding.

We have put together a manifesto analysis giving a break down to our readers of the key health and social care pledges from each of the main parties ahead of the general election.

To sit alongside this, we asked the six main political parties if they could issue a pitch directly to Nursing Times readers about why they should vote for them.

Listed in alphabetical order, this is what they told Nursing Times.

“We Conservatives know the best way to improve the NHS and meet rising demand is to invest in its most important asset – its people.

“We will devote additional funding, on top of our existing record settlement, to recruit, retain and support our workforce.

“This is supported by £725m a year of new money with additional funding from NHS England taking the total to over £1bn a year.

“We know the hard work and dedication shown by the nursing profession up and down the country, and we want you to know we are on your side. So we will also improve staff morale with more funding for professional training and more supportive hospital management.

“This is all on top of the £210m funding boost for frontline NHS staff we have already provided, including a £1,000 personal development budget for every nurse, midwife and allied health professional, and given a pay rise to almost one million NHS workers.

“We will build 40 new hospitals and invest in hospital upgrades and new machines to boost early cancer diagnosis.

“Under a Conservative majority government, we will raise funding by more than £650m extra a week by the end of the next parliament.

“But we can only do this if a Conservative majority government is elected on December 12. We will get Brexit done, and focus on improving the NHS.

“The alternative is a hung parliament, led by Jeremy Corbyn, that will subject the country to another two referendums.”

Denise Donaldson, a nurse and candidate for South Northamptonshire 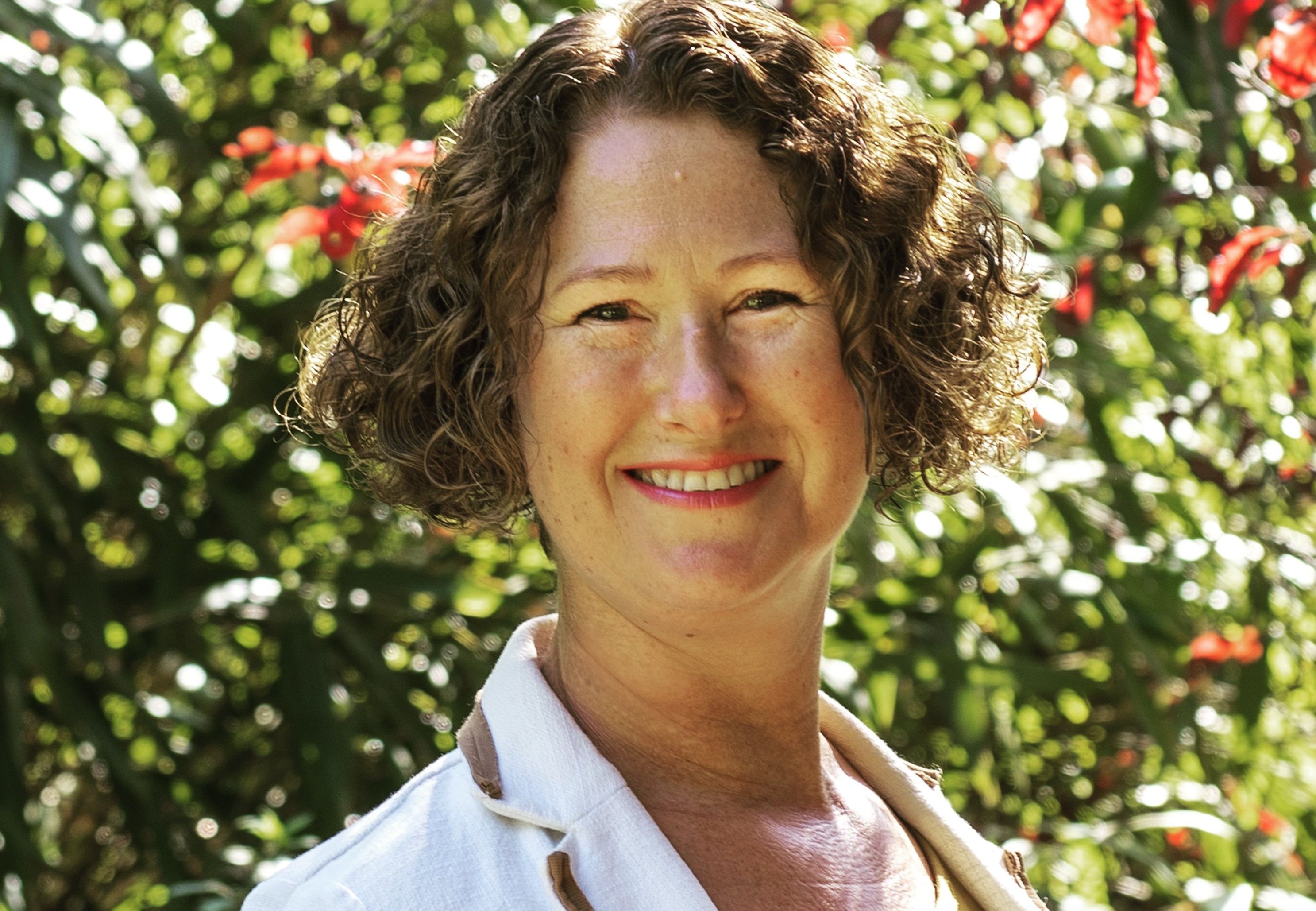 “Fellow colleagues – nurses, student nurses, HCAs – whatever title or description we have now – we all fall under the same umbrella, and we all care for our patients under these stressful circumstances, which anyone who works or accesses healthcare knows and understands.

“I have been nursing since the 1980s, and witnessed many changes by our governments to our NHS, some not for the best.

“Today, as I see it, we have creeping privatisation of our NHS. This is not acceptable. Investment must be made into social and healthcare for all.

“That is why I urge you to vote for The Green Party. Here are their key policies for our NHS:

“A vote for the Green Party is a vote for the Future of our Health, Well-being and our country. They are the only party ready to tackle climate change.” 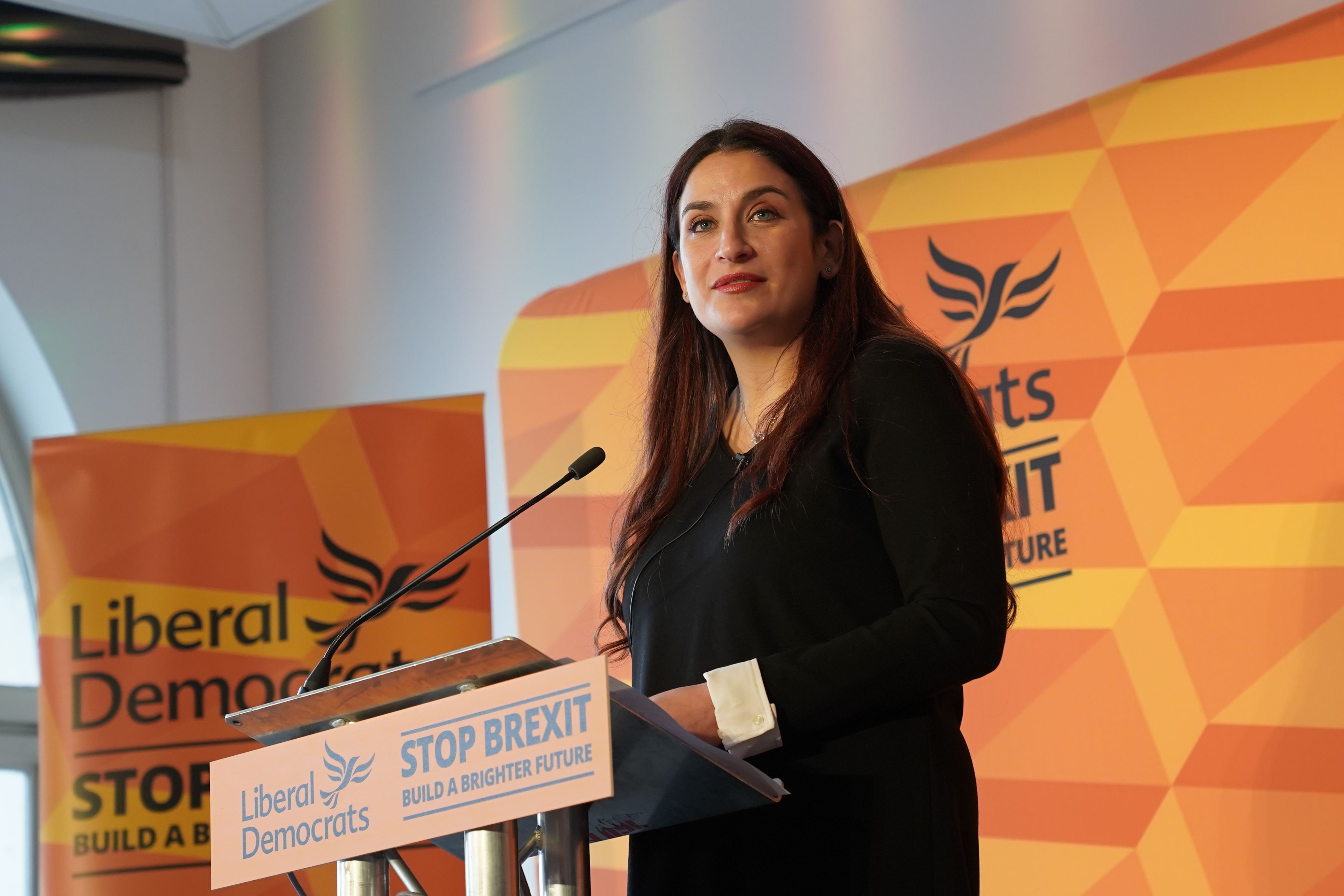 “The NHS is struggling. We are desperately short of nurses. For years the Conservatives have ignored the NHS staffing crisis, leaving it understaffed, under-resourced, and underfunded.

“When the Conservatives cut the nursing bursary, there was a drop in the number of people training as nurses. Since the Brexit referendum, we have seen nurses from the EU leaving the NHS – there are 5000 few in our NHS in the last two years. With less nurses, comes more pressure for those still working in the NHS.

“Liberal Democrats want to build a brighter future for everyone working in the NHS.

“We opposed cutting the nursing bursary and have campaigned for years for it to be restored. The collapse in the number of trainee nurses, was particularly serious for mental health and learning disability nursing.

“That is why the Liberal Democrats have prioritised reinstating nursing bursaries at this election. We will target extra help for nursing students with funding from a penny on income tax, starting with bursaries for specialties where shortages are most acute such as mental health and learning disability nursing.

“We will make the NHS a better place to work. We will do this through continuing professional development, more flexible working, and improved mental health support for all NHS staff.

“Liberal Democrats would stop Brexit to support our nursing workforce, including retaining mutual recognition of qualifications, giving reassurance and support to nurses and other health professionals from the EU.

“We will also introduce an NHS recruitment strategy and invest £7 billion a year in health and social care.

“The Liberal Democrats will also make vital improvements to equipment and hospital with our £10 billion capital fund for the NHS.”

Karen Lee, nurse by background who standing for re-election in Lincoln 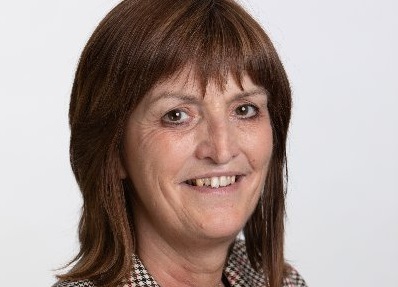 “As a nurse in Lincoln, I saw first-hand the desperate need for us to rebuild our NHS after nine years of Tory neglect.

“Under the last Labour government, I began my nurse training. As a single parent, the nursing bursary provided me with some financial security and support. Yet this lifeline was withdrawn by the Conservatives.

“By scrapping the bursary, the government forced thousands of prospective nurses into financial difficulty or deterred them from studying altogether. We are now seeing more nurses leaving the profession than joining, resulting in 43,000 nursing vacancies.

“Labour will reinstate the nursing bursary and end the staffing crisis. We will also guarantee annual real-terms pay rises for nurses.

“The Conservatives have normalised unsafe staffing levels on hospital wards. I remember when I and other colleagues didn’t feel comfortable taking a break in twelve-and-a-half-hour shifts. A Labour government will legislate to guarantee safe staffing in hospitals.

“Labour’s NHS rescue plan includes an increase of £26 billion and additional funding to recruit staff, repair neglected NHS buildings and provide modern life-saving equipment. Unlike the Conservatives, our NHS will not be for sale at any price. Labour created our NHS and only Labour can be trusted to keep it safe.” 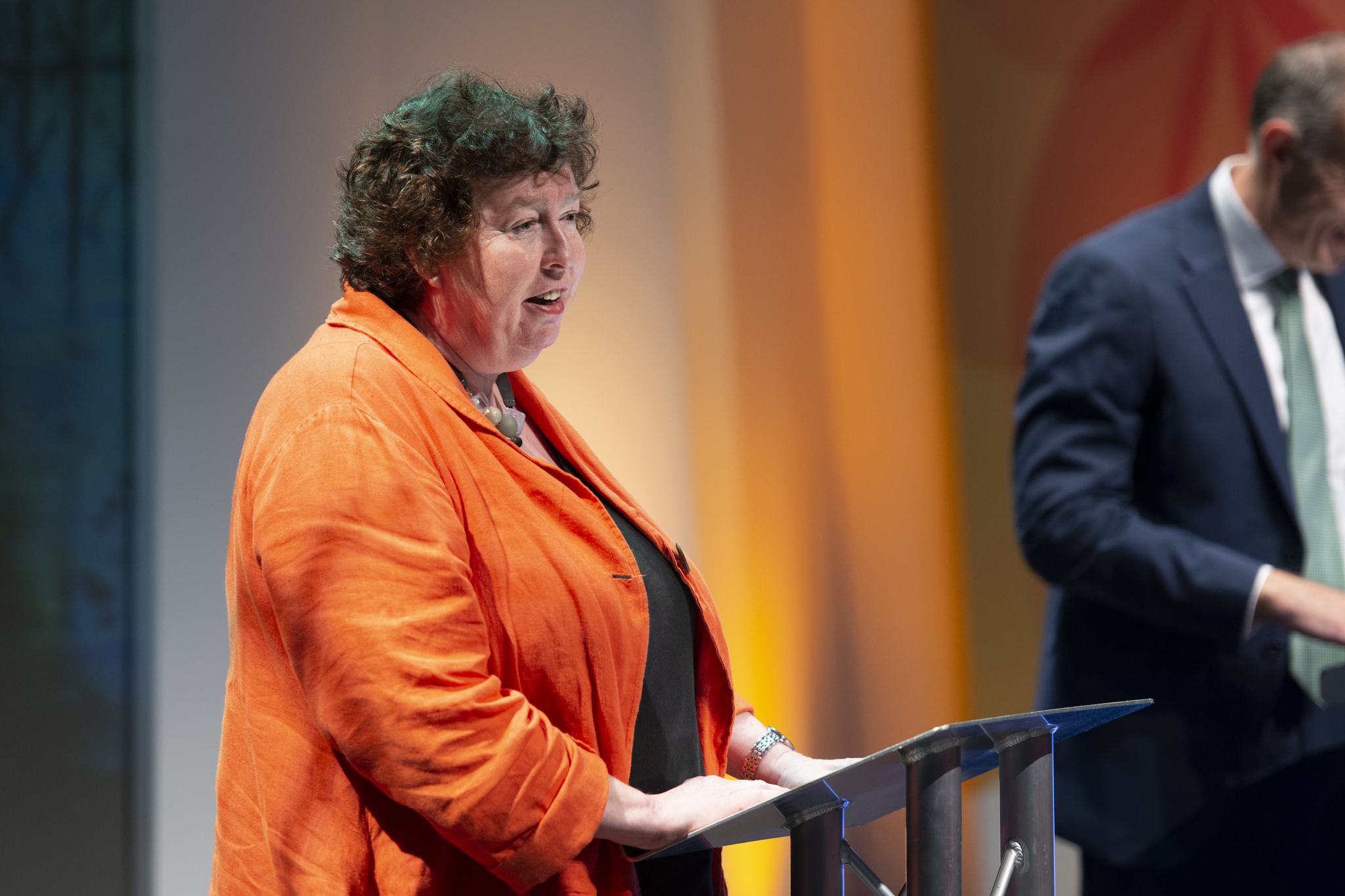 “Once again, Plaid Cymru has made an election commitment to tackle the chronic shortages in our NHS workforce. We will be training and recruiting an extra 1000 doctors, 5000 nurses, and 100 dentists as we start to address the crisis many of our overworked staff face on a daily basis.

“Half of these staff would be based in the community as we seek to strengthen community NHS services so that we can help rehabilitate and manage those patients with chronic conditions.

“As part of this recruitment drive, we understand how important it is that we retain the Nursing Bursary in Wales and fund it on a longer term basis.

“We would also introduce protected training time rather than require health professionals to undertake training in their own time. We would also extend the Safe Staffing Act to other health settings.

“We would end the injustice of doctors, nurses and midwives facing higher professional standards than managers with greater responsibility.

“We would thus establish a professional body for NHS managers to establish competencies required, oversee training and professional development, and with the ability to strike off managers for poor performance. And we would develop an National Health and Care Service, with care provided free at the point of need for all.” 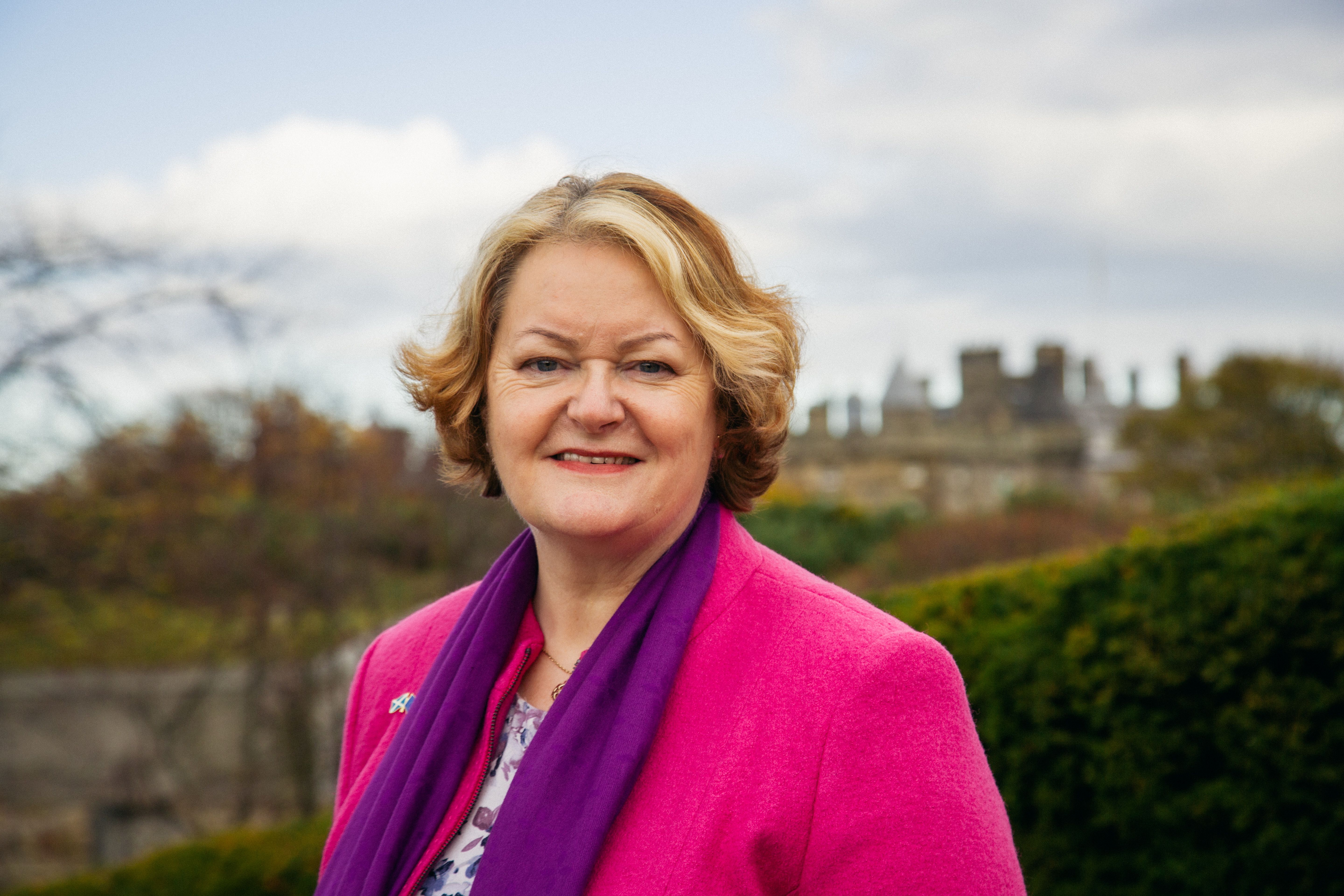 “The SNP has always valued the crucial role nurses play in our NHS – particularly with regards to patient safety – which is why we have enshrined safe staffing levels in law and ensured they are the highest paid in the UK.

“As well as providing free university tuition, the SNP has not only maintained the Nursing Bursary but are increasing it to £10,000 next year.

“In stark contrast, the Tories’ scrapping of the bursary and free tuition in England could see nurses there graduating with more than £50,000 of debt.

“Despite over 40,000 nursing vacancies and a fall in applicants, it has taken the glare of a general election for the Conservatives to accept the bursary should be brought back in England. This is vital when the vacancy rate for nursing in England is double the rate in Scotland.

“Workforce is the biggest challenge to all four UK Health services but with a 90% drop in EU nurses coming to the UK, the Tory obsession with Brexit is already making that worse.

“Throughout a decade of Tory austerity, the SNP has prioritised health and SNP MPs will lobby the next UK government to match Scotland’s higher per capita health spending.

“SNP MPs will also seek cross-party support for an NHS Protection Bill to exclude health services and drug pricing from any UK trade deal and ensure devolved governments have a role in approving them.”

Final panel decision: What should happen to a nurse who made several errors in administering vaccinations?

Trust becomes first in the Midlands to be fully ‘baby friendly’