Exclusive: Nurses call for an end to ‘hair racism’ in the NHS

Action must be taken to stamp out “hair racism” in the NHS by scrapping dress code policies which discriminate against Black nurses, a team of nursing academics and professionals have warned.

New research from nursing lecturers at Middlesex University London and nurse colleagues across the capital and in the US and Australia, has placed a stark lens on discrimination faced by Black nurses because of their hairstyles.

“Black nurses will be just as knowledgeable, caring, competent and professional with their Black hairstyle as they would be with this part of their identity stripped away”

In one of two recently papers published, researchers said Black nurses had experienced “cultural violence” in which “they are expected to apologise for, hide, or in the worst cases, cut off their dreads, braids or other styles of Black hair”.

They claimed that organisations would “cloak their dislike” to Black hairstyles by using “euphemisms” in their dress code policies.

But the researchers explained that if a Black nurse was to wear their hair in “locks or braids” it was “not difficult to fall foul of a dress code policy mandating that hair must be ‘combed’”.

In addition, they said: “It may be equally impossible to tie up and secure natural Black hair without using bandanas, ties or wraps as these are also banned in some dress codes.

“It is then left open to the personal prejudices of individual educators or managers to police, identify and ‘enforce adherence’ by ordering Black nurses to make their hair ‘more appropriate or professional’.”

Black nurses across the globe had experienced “racial gaslighting through the profiling and policing of their hair” and in some cases had even been driven out of the profession as a result, the paper added.

There is a “deep cultural, historical and identity significance” of Black people’s hair, noted the researchers, who added it was “not the place of White nurses to determine what Black nurses’ hair ‘really means'”.

The research paper concluded: “We guarantee that Black nurses will be just as knowledgeable, caring, competent and professional with their Black hairstyle in place as they would be with this part of their identity stripped away.

“Nurses should not wait for permission slips from the powerful before identifying and dismantling these policies of prejudice and ending the affront of hair racism in nursing.”

Co-author of the paper, Sheila Sobrany, a lecturer in adult nursing at Middlesex University London and registered nurse for more than 30 years, said the issue had impacted “all Black nurses with afros”, adding that student nurses had also been “worn down by the discrimination”.

“This is [a] form of coercive persuasion and power control to try to get somebody to fit into a box who doesn’t actually need to,” said Ms Sobrany in an exclusive comment for Nursing Times.

“I’m sorry to say but it’s also a form of racism because it constantly weathers people of colour whose identity is to have, grow and nurture these locks in different ways, which stems from their heritage and cultural background.

“Nurses are supposed to be non-judgemental, treat people equally and not discriminate but the policies on hair for student and professional Black nurses often do the exact opposite.”

Meanwhile, Georgina Cox, a senior lecturer in adult health at Middlesex University London, who has been a registered nurse for 30 years, said that as part of the research, she had used her personal experiences and issues her students had faced in the workplace.

She explained that up until the death of George Floyd in the US, which sparked Black Lives Matter protests last year, a search on the internet for professional hair would have brought up “pictures of White women with cut, bobbed and straight hair, while for unprofessional hair you would have seen afros, funky dreads, coloured hair and predominately Black people”.

“So, in other words Black hair is not acceptable,” Ms Cox told Nursing Times.

“All the connotations with Black hair are that it is unruly, unkempt and to be controlled.

“This is someone’s hair and part of their make-up and for someone to say cut your hair off is an attack on the person and their psychological wellbeing.”

Within their paper, the academics said there was some “good news” in that “this world of systemic racism regarding Black people’s hair is crumbling”. 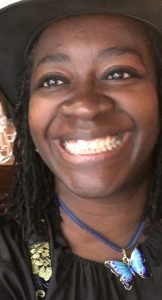 They referred to a new law introduced in the US last September which specifically bans discrimination against Black people on the basis of their hair preferences.

The researchers now want to see similar legislation in the UK.

A second commentary paper, based on existing literature, media reports and lived experience, was also published by the team, and explored how senior managers in the health service can help end discriminatory policies.

The researchers stressed that nurse managers had a “vital role to play” in transforming services to eradicate discriminatory policies, as opposed to enforcing them.

“Their decades of experience and leadership potential are far too valuable to be squandered on nurses’ hair, rather than nursing care,” said the paper titled Will nurse leaders help eradicate ‘hair racism’ from nursing and health services?

“Nurse leaders and managers can help excise racism from our profession and workplaces by recognising its manifestations and by working with Black, Asian, and minority ethnic colleagues to challenge and eradicate them. 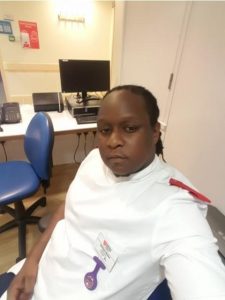 “Discriminatory, prejudicial hair policies have no place in a modern nursing or health service.”

The paper argued that the only hair policy for a nurse should be that hair is “clean, away from the face, up off the collar and not in the way of any procedure being undertaken”.

Cledwyn Musipa, a co-author who graduated in adult nursing from Middlesex University London in 2019, now works as a critical care nurse in a hospital in the South East.

Drawing on his own experiences at work, Mr Musipa, who has long dreadlocks, said his hair had “nothing to do with my nursing knowledge”.

“My hair is always tied back and neat, I retain my dreadlocks well and every few weeks get them re-twisted,” he told Nursing Times.

“There shouldn’t be a rule about hairstyles as long as it’s presentable.”

Separately, Jezelle Zania Simon Miller, who is from the Caribbean island of Grenada and in the third year of her adult nursing degree, told how she had been confronted about her hair by a nurse on placement.

Her hair had been in a bob cut, behind her head and was in line with the organisation’s policies, but the nurse argued that it was “not fit for work”, she said. 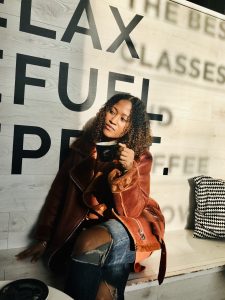 “I have seen members of staff make comments which are just bliss ignorance and down to the fact they do not educate themselves when it comes to different ethnicities,” added Ms Miller.

“In this day and age, you would think we would have moved on from these attitudes and not be judging based on appearance.

“I’ve never experienced racism until I came to England and it was a shock to me.”

She added: “I understand the importance of having your hair back but telling you how or not to have braids or locks in your hair is ridiculous.

“As long as your hair is not an interference with your job, there shouldn’t an issue with your hairstyle.”

Both research papers were co-authored by Philip Darbyshire, a retired professor of nursing in Australia, and Emerald Jenkins, a PhD candidate from the Hopkins School of Nursing in the US.

They were peer reviewed and published separately in the National Library of Medicine (PubMed) and Europe PMC journals in February.

Current NHS England guidance on uniforms and workwear, updated in April 2020, states that long hair must be tied back “off the collar” and adds that “patients prefer to be treated by staff who have tidy hair and are smartly presented”.

The government arms’-length body NHS England declined an offer by Nursing Times to respond to the research.

Meanwhile, Paul Deemer, head of diversity and inclusion at NHS Employers, which is part of the NHS Confederation, said: “Intolerance towards staff with hairstyles associated with racial, ethnic, and cultural identities is illegal in line with the Equalities Act, but sadly, hair discrimination remains, and disproportionately affects Black people in the UK.”

He recognised that “Black hairstyles have been singled out for criticism”, despite NHS guidelines.

“Staff have also reported that the unwanted touching of hair is a source of real discomfort,” added Mr Deemer.

“As such, NHS organisations must support staff in this area and make sure they are not just asked to follow the guidance, but also to respect people’s dignity and privacy in line with NHS principles and values. That extends equally to other hairstyles and practices.”

Five mandated health visits to be dropped in North Yorkshire