A pop art collage of Welsh nursing icon Betsi Cadwaladr made up of the faces of current-day nurse leaders in the country has gone on display to mark 2020 being the International Year of the Nurse and Midwife.

The work has been created by Welsh artist Nathan Wyburn and was commissioned by the Royal College of Nursing Wales.

“A true testament of leadership, care, compassion and dedication that is the nursing profession”

In creating the image of Crimean War nurse Betsi Cadwaladr, Mr Wyburn used a collection of photographs of RCN Wales nurse of the year finalists, dating back to 2012 when the awards were first launched.

The exhibit also features mementos from key moments in the history of RCN Wales, from the construction of its Cardiff headquarters to the passing of safe nurse staffing legislation.

Included too are photographs of current RCN Wales board chair, Denise Llewellyn, while she was a ward sister in Swansea’s Singleton Hospital; and Helen Whyley, current director of RCN Wales, with fellow third year nursing students at Morriston Education Centre, after graduating in 1996.

Commenting on the art project, Ms Whyley said: “Nathan has created such a distinctive image to help us mark 2020 International Year of the Nurse and Midwife.

“The combination of Betsi Cadwaladr, the intrepid nurse from Bala who worked tirelessly to care for injured soldiers in the Crimean War, and our nurse of the year awards alumni, who represent the very best of nursing in Wales today, is very special indeed.”

Ms Llewellyn said the piece was a “superb tribute to nursing and nurses in all health and social care settings across Wales”.

“A true testament of leadership, care, compassion and dedication that is the nursing profession,” she added.

Mr Wyburn, who specialises in creating iconic celebrity portraits and pop culture imagery, said it was an “absolute honour” to work on the project.

Betsi Cadwaladr, from the Welsh community of Llanycil located near Bala, worked as a nurse in the Crimean War at the same time as Florence Nightingale.

She is considered to be one of the most influential people in Welsh history and has been championed by RCN Wales as “Wales’ own nursing heroine”.

The largest health board in Wales is named after her.

Image of Betsi Cadwaladr made up of photographs of modern nurses from Wales, which forms the centre piece of the artwork 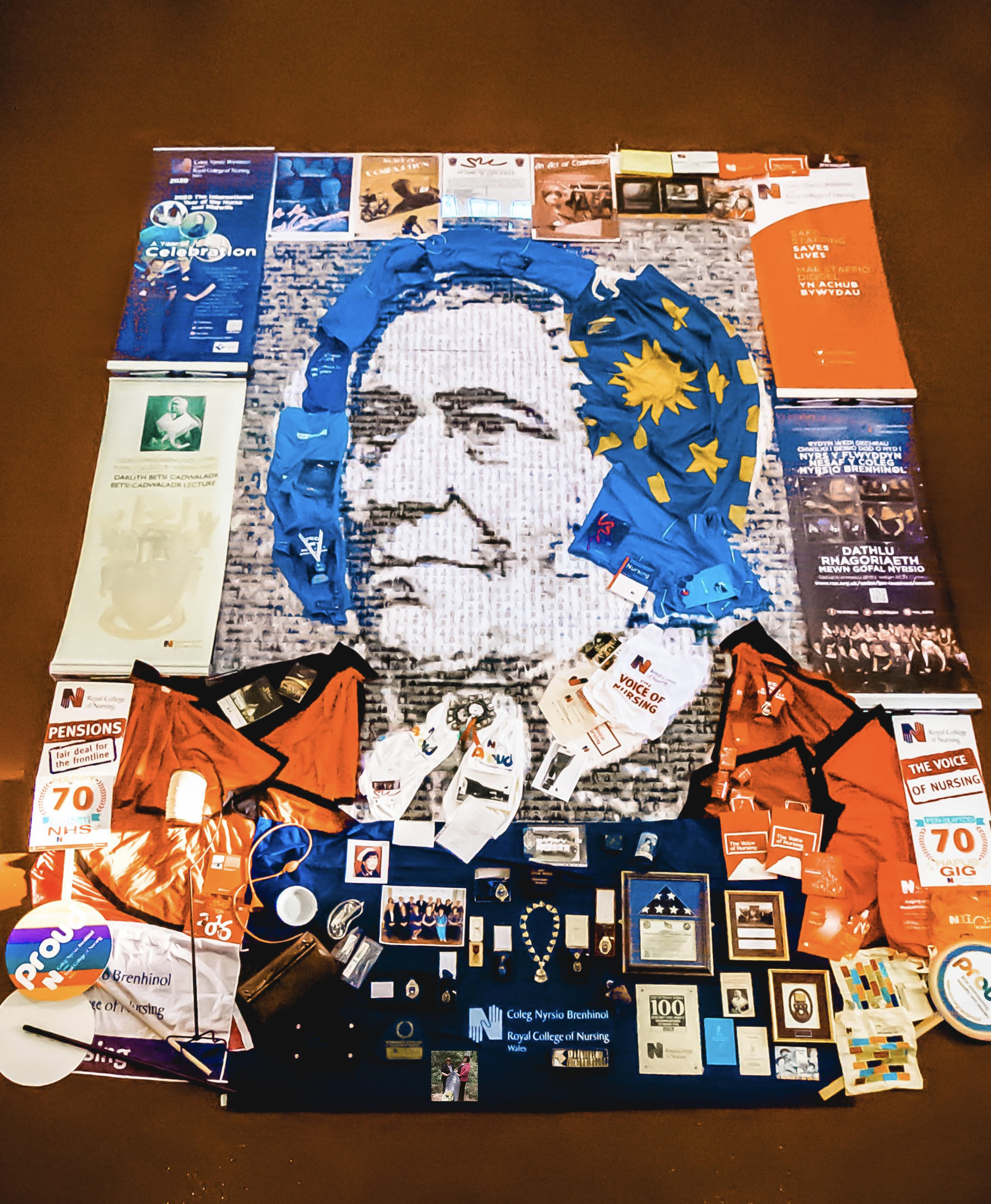 Watch: How Nursing Times Careers Live can help you as a student

‘How we are maximising the Covid-19 vaccination offer’