Nurses are still recovering from the initial peak of the coronavirus pandemic and now face the challenge of a second wave. Despite the plaudits that have come their way, many still do not feel properly valued. With the clapping now fading but Covid-19 cases again on the rise, campaigners are calling on ministers to boost nurse pay without delay.

Under current plans, NHS staff on the Agenda for Change (AfC) contract are not due a pay rise until April 2021, when the current three-year deal comes to an end. But unions have joined forces with the aim of securing an earlier pay rise for members across the UK.

Each union has submitted a pay claim and wants to engage directly with government on a new deal, as opposed to waiting for the usual NHS Pay Review Body process to start. And although each is asking for something different, they all agree that extra money should be in pockets before the end of 2020.

Graham Revie, chair of the Trade Union Committee of the Royal College of Nursing, accused the government of reducing nurses from “hero to zero”, by failing to properly reward them for their work during the Covid-19 crisis. It was the first time that he could remember the RCN had submitted a pay claim and it had done so, he said, because nurses had “suffered tremendously” under the government’s austerity regime.

While the AfC deal had improved wages since 2018, nurses were still worse off in real terms than in 2010. RCN analysis shows that, for a nurse at the top of band 5 in England, their current salary of £30,615 would have been 15% higher at £36,160 if it had kept pace with inflation.

Mr Revie also pointed to an RCN survey, published in July, which showed that 36% of the 42,000 respondents were thinking of leaving the profession and pay was the main driver. He warned: “The government needs to act, because it is walking blindly into a staffing crisis.”

The RCN wants a fully funded 12.5% pay increase for all nursing staff covered by AfC terms, as part of a one-year deal to be implemented immediately. “The fact that we are asking for it to be fully funded means we are not wishing this to have any impact on patient care,” he said. “This should be Treasury funded, and not funded from the health service budget.”

Meanwhile, Unison is asking for a flat-rate increase of £2,000 for all staff on AfC. This would bring band 5 starting salaries for a newly qualified nurse to just under £27,000 a year and mean every NHS employee would be earning above the “real living wage”.

Stuart Tuckwood, national nursing officer for the union, said: “We strongly felt that a flat-rate pay increase – which meant everyone would get the same – was the fairest, most just way of rewarding everyone in the NHS this year.” He said a pay rise would also be a welcome boost for staff ahead of what is expected to be an extremely difficult winter, and would go some way to recouping earnings lost through austerity. 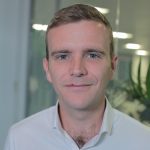 “Staff, in many cases, are exhausted, stressed, and appearing very run down by all that has happened,” he said. “Despite the warm words and applause, they haven’t seen any recognition from government for the added amazing work they’ve done this year – and in many cases [they] put themselves at risk of catching the virus.”

Although it had been agreed by unions that the 2018 deal would run until March 2021, Mr Tuckwood said that circumstances had “clearly” changed. He added that the “whole country is behind NHS staff”, with a Unison survey showing that 70% of the public supported the idea of an early pay rise.

Strength of feeling on pay has also been demonstrated by the formation of a new grassroots movement fronted by NHS Workers Say No and Nurses United. Protests have been held on the streets and in workplaces since August, with thousands of nurses, midwives and other NHS workers calling for a pay increase of 15%. 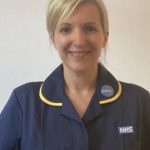 Learning disability nurse Holly Turner, one of the lead coordinators behind NHS Workers Say No, said the campaign had been born out of frustration following the government’s decision earlier this year to exclude most NHS workers from a public-sector pay increase that included doctors, and what she called a “wishy washy” response from the unions.

“Patient care is already being seriously compromised by short staffing, and we have to look at that – realistically, pay is one aspect. There’s more and more responsibility being put on healthcare staff, more pressure being placed on us, and they need to be paying us fairly,” she said. Ms Turner stressed that the ambition was to work in partnership with unions rather than against them.

In line with the new groups, the union Unite has submitted a claim for an early pay rise of 15% or £3,000, whichever is greater. Its national officer for health, Colenzo Jarrett-Thorpe, said NHS workers had put their lives on the line to fight the pandemic and “enough is enough”. He added: “The government needs to put its money where its mouth is and actually reward and pay NHS workers fairly.” 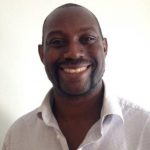 Although union claims are UK wide, governments have responded differently. While Westminster has said it will stick to its existing timeline for the AfC review and use the NHS Pay Review Body, the Scottish Government has indicated it will negotiate directly with unions.

A clause written into the 2018 AfC agreement in Scotland allows it to be reopened at any time, and Holyrood has indicated sympathy towards the argument for an early pay award. However, Willie Duffy, head of health at Unison Scotland, said there were “hurdles we need to overcome” – as an example, budgets for public spending in the devolved nations are linked to England through the Barnett formula. “Until we’ve had the comprehensive spending review, it’s very difficult to know what money the Scottish Government will have for pay,” he said.

Mr Duffy said an early pay rise was needed for NHS workers in Scotland to bring pay up to the level of local government workers and teachers, and to provide recognition from ministers of their efforts during the pandemic. Echoing other views, he said: “They can give us all the platitudes about clapping, about how wonderful health service workers are, but they need to reflect that in pay.” 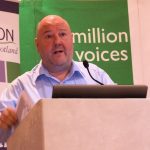 For general practice and social care nurses, the road to better pay is not clearly defined.

Generally, nurses in these sectors have their wages, and terms and conditions, determined by their own employer as they are outside of Agenda for Change. However, the success or failure of the NHS pay campaign would have knock-on effects, according to Vic Rayner, executive director of the National Care Forum.

With competition for nurses high, care providers have often tried to match local NHS offers to remain attractive, but had to do so out of their own pocket. 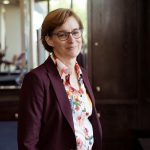 Ms Rayner said staff wanting to leave for the NHS was a “constant challenge for care providers”. With no established pay negotiating structures in place, she hoped unions would be advocating for social care nurses through their campaigns.

Meanwhile, lack of standardised pay, terms and conditions “has long been a point of contention for nurses in general practice”, said Ellen Nicholson, chair of the Royal College of Nursing’s General Practice Nursing Forum.

She said primary care nurses had “little collective bargaining power” and, instead, were told to “negotiate” their pay directly with their employer. While the national GP contract set pay expectations, Ms Nicholson said instances of nurses not getting the 2% rise from the last deal were “commonly heard” and there was “no accountability”. 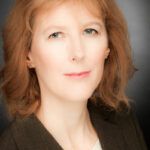 The pandemic had further highlighted inequity in this area, she said, citing the example of practices failing to give nurses full pay for Covid-19-related absences. She said it was now “imperative” that the government commit funding so practices can uplift pay, and for nurses to be written more explicitly into future GP contracts.