Analysis: Nursing and the quest for equality in NHS leadership

Nursing is the “most common route” for women to become chief executives in the NHS, according to a new report, which also highlighted ongoing challenges around race inequality in the profession.

The NHS Confederation’s Health and Care Women Leaders Network found that the health service in England had made some progress towards its target set in 2016 of having 50:50 gender representation in leadership roles.

Out of 213 chief executives in the NHS, 97 (45%) were now women, according to the Action for Equality: The Time is Now report, which was released this week. In 2017, 43% of these top roles were occupied by women.

Nursing was playing a part in helping to address gender inequality in leadership, suggested the report.

The report deemed that nursing was the “most common route for women to reach a CEO position” and noted that this was often via a chief nurse or chief operating officer role.

It added that nurses in the NHS were “encouraged to think about leadership and constantly developed with this in mind”. Meanwhile, consultants were “served less well in this area”.

Overall, the number of executive directors across NHS trusts was “gender balanced”, noted the report, with women holding 49% of these roles, which was a “slight increase” from 2017.

According to the research, which was carried out by the University of Exeter Business School on behalf of the NHS Confederation, female directors of nursing were “skewing” the figures.

The figures are representative of the gender divide in nursing as a profession with 89% of registrants on the Nursing and Midwifery Council register as of March 2020 identifying as female.

“I remain disappointed, yet unsurprised, about the lack of diverse boards”

For medical directors, women were represented in only 29% of roles, although this was an increase from 25% three years ago.

However, the NHS Confederation report also highlighted how lack of diversity in top level nursing roles remained a problem.

Of the 204 directors of nursing appointed at the time of the review, only eight (4%) were from a Black and minority ethnic (BME) background – all of them women.

Meanwhile, all 22 male chief nurses in post were White.

This was despite the fact that, on average, one in five nurses in the NHS is from a BME background.

Samantha Allen, chair of the Health and Care Women Leaders Network and chief executive of Sussex Partnership NHS Foundation Trust, said: “Of all the women who were trust chief executives at the time of our analysis, the most common career path to that role was from nursing, which may have been preceded by a chief nurse or chief operating officer role.”

Ms Allen added that “nearly half of chief executives who had come from clinical backgrounds were women”.

She told Nursing Times: “Anecdotally, we have seen that across the NHS, there are excellent examples where nurses are given support and preparation to go into leadership roles, including through training and talent management, and established peer support and networks.”

As an example, she cited one chair from the report who “mentioned how in nursing, there are various options to move into management and commissioning, and into different fields, which can also help them to take on leadership roles of a different nature”.

“We need to build on these positive examples so that diversity can be embraced and be reflected across all NHS leadership teams,” she added.

Meanwhile, Professor Alison Leary, professor of healthcare and workforce modelling at London South Bank University Sure, said it was good that female nurses were reaching board-level roles such as chief nurses and CEOs but that work to filter nurses into these positions was not happening in a uniformed way.

“I think it is good that nursing leadership is recognised but for the most part there is still no pathway or preparation for board levels roles,” she told Nursing Times.

Professor Greta Westwood, chief executive of the Florence Nightingale Foundation, was pleased to see the investment in women in nursing leadership roles however remained “disappointed” at the lack of diversity across boards.

“While it is encouraging to see that the NHS is investing in women in nursing roles and encouraging them to become great leaders and [chief nurses], I remain disappointed, yet unsurprised about the lack of diverse boards, despite the most recent attention given to this matter,” she told Nursing Times. 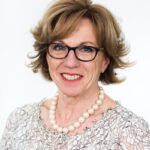 There is an “unmet need in this group of professionals”, she said, noting that a recent leadership programme run by the foundation for 44 places received over 500 applications.

“As a foundation we enable those who are stood on the glass ceiling to use their position of influence to break down these barriers,” added Professor Westwood.

“If the report was repeated in three years, with increased investment I would expect to see more [Florence Nightingale Foundation] scholars on the boards of our NHS organisations.”

Recommendations in the report include the need for NHS organisation chairs to have explicit objectives to support diversity across their boards and for clear succession plans to be created to improve female representation.

Danny Mortimer, deputy chief executive of the NHS Confederation and chief executive of NHS Employers, stressed that although there had been “some progress made in gender representation” the challenge for race and ethnicity was now “even greater”.

'Health professionals deserve to have the same support as their patients'